Spend a weekend exploring The Lake District Coast by rail 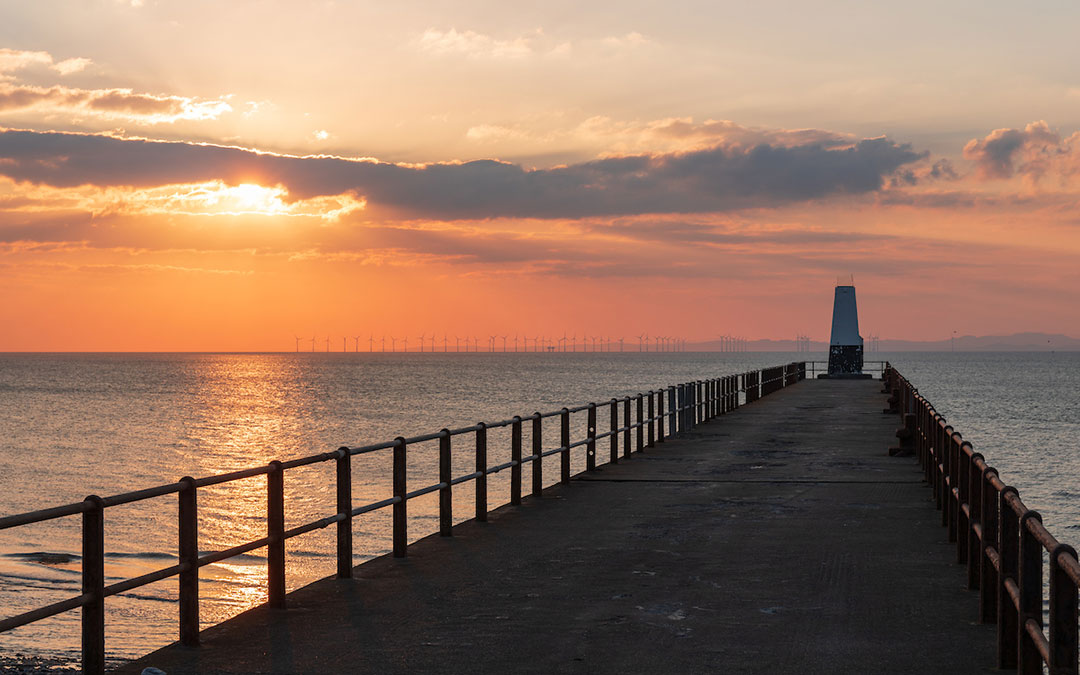 With more than 100 miles of coastline, there’s more to Cumbria than just lakes and mountains. For those who want to explore some of Cumbria’s more intriguing offerings, why not try an alternative to the norm by jumping on the train and heading for some fresh, sea air?

You can find a full breakdown of the Western Lake District’s railway stations here, but to get you started, here’s our suggestion for how to make a weekend of it, right here on Cumbria’s hidden gem, hidden in plain sight: The glorious coast.

Of course, you can start and end your journey wherever you like, but as an example, let’s assume you’ve arrived in Cumbria on a high speed train on the West Coast Mainline from London, Birmingham, Edinburgh or Glasgow. This is just a suggestion (and a fine one at that, if we do say so ourselves!), so do whatever works best for you!

Several services meander along the Cumbrian coast every day, but we recommend starting from Carlisle, during which you can enjoy half an hour of countryside views before the Irish sea swings into view on the right-hand side of direction of travel.

For the purposes of this suggested weekend jaunt, your first stop will be Maryport, a bustling harbour town features the Lake District Coast Aquarium, and the Roman Senhouse Museum, looming above the clifftops. It’s also a great location for a Roman themed ramble, starting at the Maryport Maritime Museum. You may wish to set aside a good couple of hours here – especially if it’s a clear day. There’s no better place for a peaceful gaze over the sea with a sandwich, than from outside the Senhouse. Rather handily, you’ll also notice a sign informing you how far it is to Rome, should you be feeling extra adventurous!

Head back to the railways station and head down to the next stop on this suggested route, Whitehaven, where you’ll arrive after enjoying coastal views for around 30 minutes while en-route.

Once one of England’s most bustling ports and named as one of the UK’s top six coastal towns by The Telegraph, Whitehaven is a place to let your imagination run, by paying a visit to the town’s harbour and The Beacon Museum. Tales of Vikings and Victorians accompany a host of seafaring artefacts here, with numerous exhibitions being held all-year-round. Whitehaven’s maritime story also includes the creation of 1785 Jefferson’s rum, with more stories to be told at the town’s Rum Story attraction, delving deeper into Cumbria’s connections to the rum and spice trade. Settle down harbourside for a spot of lunch, the head back to the railway station to catch the train for the 8 minute journey to the stunning St Bees. 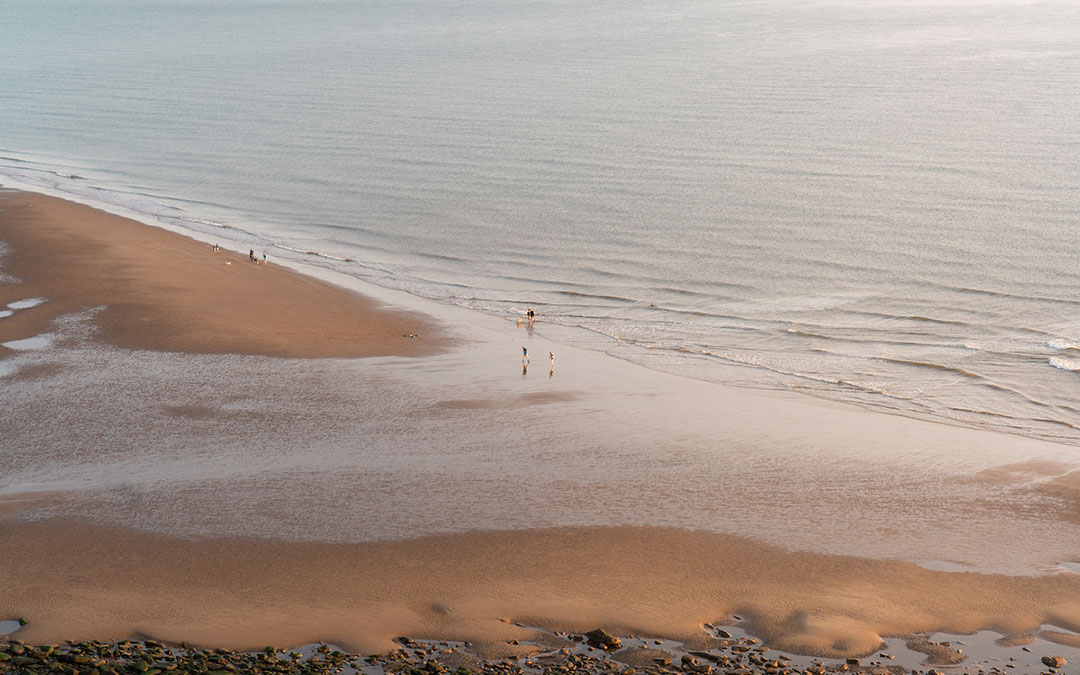 Upon arrival, follow your nose to the beach. There, you’ll be greeted by dramatic cliffs stretching for four miles along the highest and most westerly point of England. Made up of vast slabs of red sandstone laid down 240 million years ago, this is the source of St Bees’ sandstone – the red stone used for many buildings in Cumbria. At almost 100 metres high in places, the cliffs are topped with grassland and patches of wild gorse, which also provide havens for a wide variety of small birds. Keep cameras and binoculars on standby for the Peregrine falcons that often hunt along the coast and can sometimes be seen flying overhead or perched on the cliff face. The area is a RSPB nature reserve and provides nesting sites for more than 5,000 pairs of seabirds. It’s also famously home to England’s only colony of Black Guillemots. Access to the reserve is via the path over the metal footbridge at the north end of the promenade.

Return to St Bees railways station and catch the train down to Ravenglass, where a quant, yet historic reception awaits. This 21 minute journey will see you arrive in this National Park coastal town just in time to settle down for the evening with a refreshing drink and tasty meal. Enjoy strolling around this historic village during the evening and watch the sunset over the ocean before getting a room for the night and planning ahead – for Day 2 will be a packed one!

A former Roman port and fishing town, no trip to Ravenglass would be complete without a visit to the legendary Ravenglass and Eskdale Railway: A former working narrow-gauge railway-turned visitor attraction. This 1.5 hour return journey to Dalegarth, close to the base of England’s highest mountain, Scafell Pike, covers a stunning 14 miles during the complete trip through the Eskdale hills.

With no need to pack a picnic, refreshments are available at both ends of the line – with the railway even offering a packed lunch for those who wish to order one in advance.

You can either return from Dalegarth to Ravenglass immediately or choose to spend time further inland before taking a later ride along the railway back to Ravenglass, where there’s plenty of opportunity to explore the surrounding coast and countryside by recharging thanks to ample walking routes.

Perhaps equally famous is the iconic Muncaster Castle, owned by the Frost-Pennington family. A favourite with national and international visitors, it’s thought the castle is among the most-haunted in England! The Hawk and Owl centre adds even further to a day (or weekend) trip well worth taking. 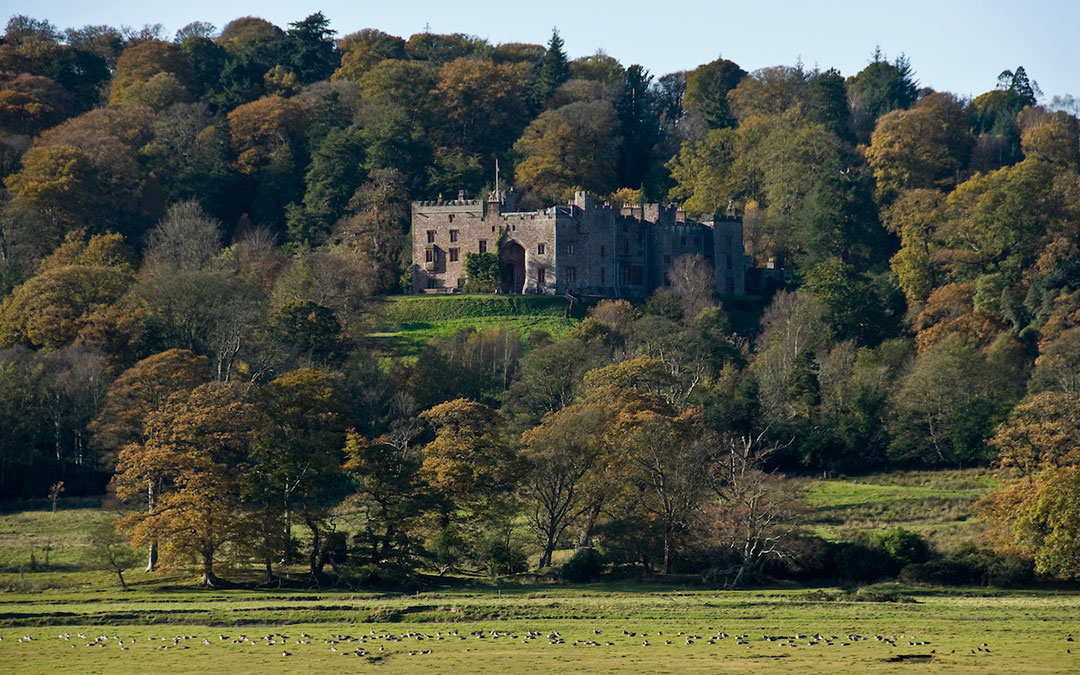 Catch a morning train from Ravenglass and make your way to the coastal town of Millom, where you’ll arrive less than 20 minutes later.

One of Cumbria’s best-kept secrets, Millom is one of several towns and villages which sit on the Duddon Estuary. Offering easy access to large areas of salt marshes and sandy beaches, the town is positioned under the watchful eye of Black Combe, whose 2,000 foot summit rewards walkers with panoramic views across Cumbria and as far as the Isle of Man, Scotland, Ireland and Wales. To reach it, just follow the footpath from the southern end of Whicham Valley. 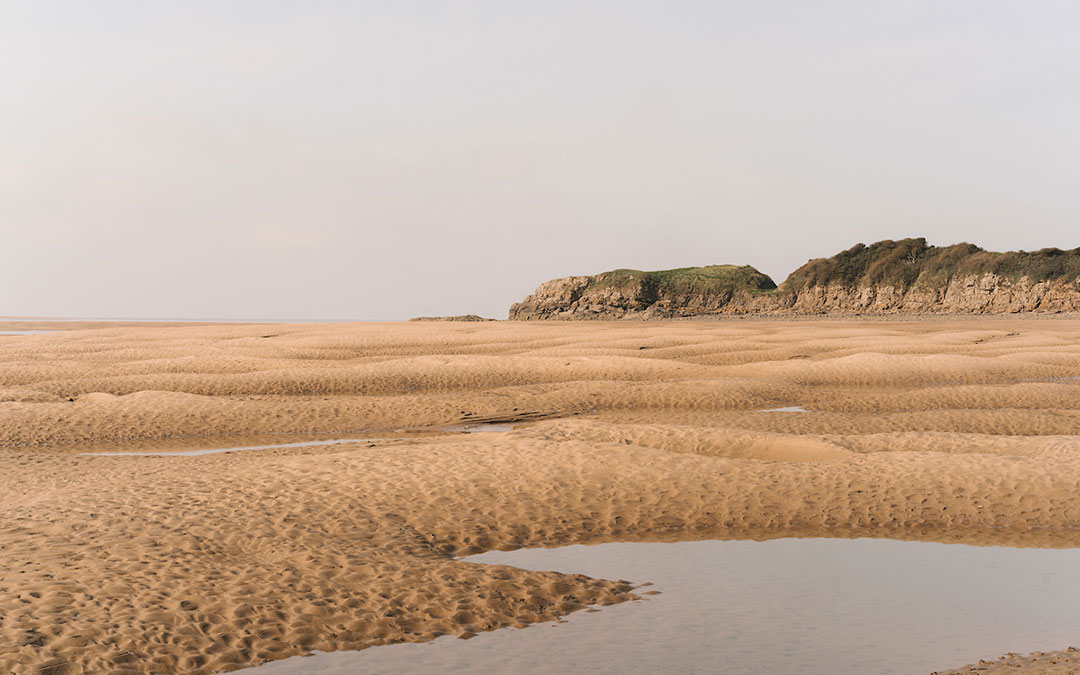 If you don’t fancy walking quite that far, a full day can be enjoyed in the town itself, thanks to attractions like the Millom Discovery Centre, which couldn’t be any more convenient, being based at the town’s railway station itself. The Discovery Centre’s jewel in the crown is a detailed model railway, providing a fascinating illustrated history of the town’s iron ore industry.

Further afield, a half-hour walk will lead you to the Hodbarrow Nature Reserve. Something of a birdwatcher’s paradise, there’s a fabulous viewing hide overlooking what is the region’s biggest coastal lagoon.

At your leisure, continue your train journey from Millom, through Barrow in Furness and back towards the West Coast Mainline, at Lancaster, just over the Cumbrian border in Lancashire.

As we said at the beginning of this suggested itinerary, what you do and where you go is entirely up to you – with plenty more stop-off points to enjoy even more of the Western Lake District’s coastline. Whether you fancy more coastal strolls, horse-riding with Cumbrian Heavy Horses, or even a spot of waterskiing, you can while-away many hours here.