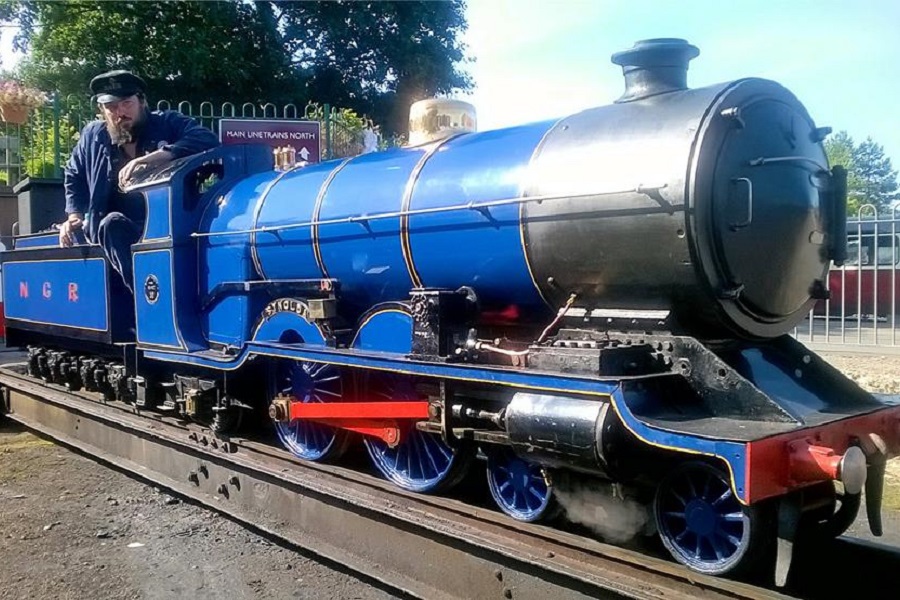 In June 2017, the Ravenglass Railway Museum will officially open to the public after undergoing a major, two year, Heritage Lottery-funded redevelopment.

Built on the site of Ravenglass Station, in the West of Cumbria, the new train-shed extension will double the previous museum’s footprint and create a brand-new museum experience.

The museum owns more than 6,000 objects ranging from 15inch gauge locomotives and rolling stock through to uniforms, photographs and historic engineering, but the new development will see these artefacts come to life with interactive exhibitions allowing visitors to not only see the heritage steam locomotives, but to watch how they work and sit in the driving seat too.

David Rounce, Project and Activities Manager of the Ravenglass Railway Museum said: “We’re excited for the public to see everything we’ve been working on. The museum relies entirely on volunteers and over the last year they have worked extensively to restore the stock, much of which is over 100 years old, to make sure it is in working order and in exhibition condition.’

A star attraction will be the steam locomotive ‘Katie’ which ran at Ravenglass in 1916 and has just been restored to working condition for the first time since the 1920s.

The new professionally-designed displays will appeal to the family and enthusiast alike. Exhibits will include a collection of locomotives and rolling stock spanning the line’s opening in 1875 to the present day, including an interactive steam engine exhibit that visitors can operate themselves. There will also be models and objects telling the story of ‘La’al Ratty’s industrial past as well as the daily life of workers on the railway including their uniforms, ‘bait’ boxes and games to determine if the visitors would be suited to the job.

Thanks to Arts Council PRISM funding, awarded in January 2017, the museum will also boast the restored ‘Big Saloon’ coach which dates back to the opening of the railway to 3ft gauge in 1875, and visitors will be able to hop in and imagine taking a trip up the new line in the 1870s.

Located in the only coastal village in the Lake District, Ravenglass Station is also home to the Ravenglass and Eskdale Stream Railway, or ‘La’al Ratty’; a 7-mile tourist attraction travelling through the Eskdale Valley.

David continued: “As well as attracting tourists from ‘La’al Ratty’ to the museum, we hope it will become something of a community focal point through a programme of changing, community-led, exhibitions, and a range of curriculum-linked resources for schools are being developed to educate local children about the technology and history not only of the railway, but also life and industry in the area.”

There will also be a private archive on the upper level of the new building, for researcher and enthusiasts to book in advance and see intricate artefacts and memorabilia from the heritage railway’s history.

The museum will be open whenever the Ravenglass and Eskdale Railway is running, which is every day in the summer season. An official opening day and event will be announced soon.

4. Located in Ravenglass on the Cumbrian coast, the current museum opened in 1978in one of the former Furness Railway platform buildings housing a collection of artefacts which had been accumulated around the centenary of the Ravenglass & Eskdale Railway (‘La’al Ratty’) in 1976. The museum is run by the Ravenglass Railway Museum Trust in partnership with the R&ER and RERPS (Ravenglass & Eskdale Railway Preservation Society), and the collection consists of more than 6,000 items, ranging from the 15” gauge Bassett-Lowke loco’ ‘Synolda’ through to models, tools and remnants of one of the original 3’ gauge coaches, plus an extensive archive of photographs (c5,000), tickets, timetables and other ephemera.