How to enjoy the Lake District Coast’s Dark Skies 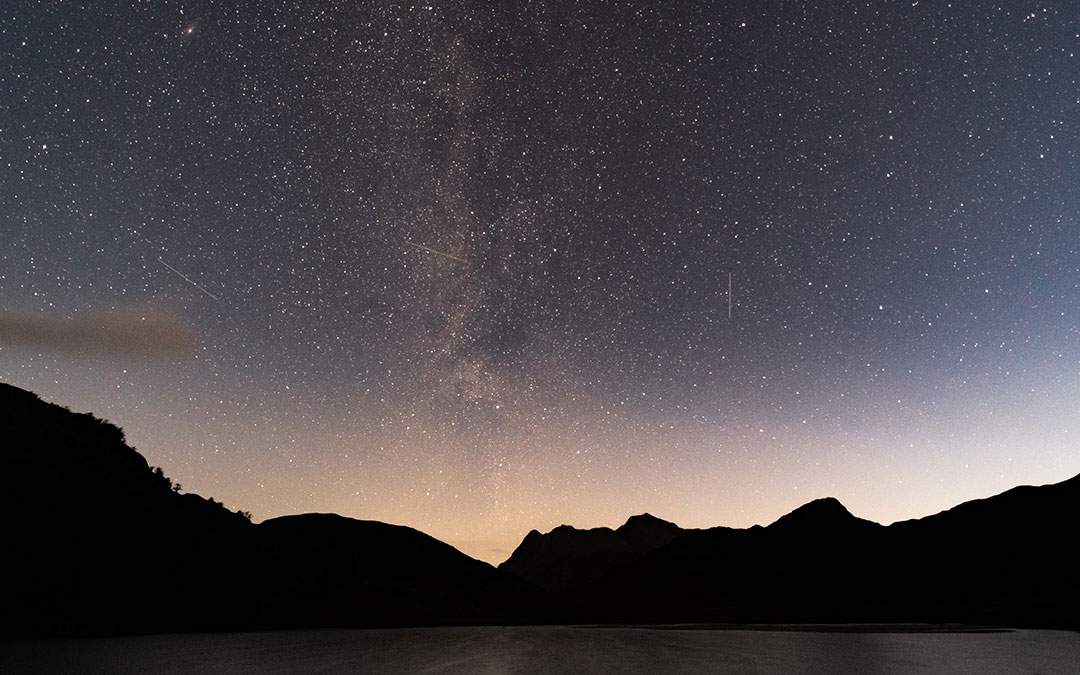 The Lake District Coast offers fantastic opportunities for visitors and residents to get outdoors and breathe-in the fresh night-time air, while enjoying peace and quiet in spades thanks to its rather far-flung location.

From public parks to woodlands, lakes, mountains and the coastline with its mudflats, sand dunes and beaches, this is the perfect place to experience the wonder of the night sky.

The benefits of taking a stargazing holiday along the Lake District Coast are far-reaching – and it’s not just about looking up! Dark skies are great for wildlife, so be sure to use your ears as well as you eyes, as you hear wildlife scurrying around at your feet, using the benefit of the moonlight to search for their midnight snacks in nearby hedgerows… The sound of nighttime wildlife is just as exciting for children and adults alike, as the views of the heavens above.

A dark skies and stargazing break is also great for mindfulness, health and wellbeing. At the end of a challenging year, the idea of a relaxing break is a welcome prospect to calm the mind for many people after a difficult 2020.

So, with that in-mind, why wait until the spring or summer to take advantage of the great outdoors, when it’s ready and waiting for you right now? 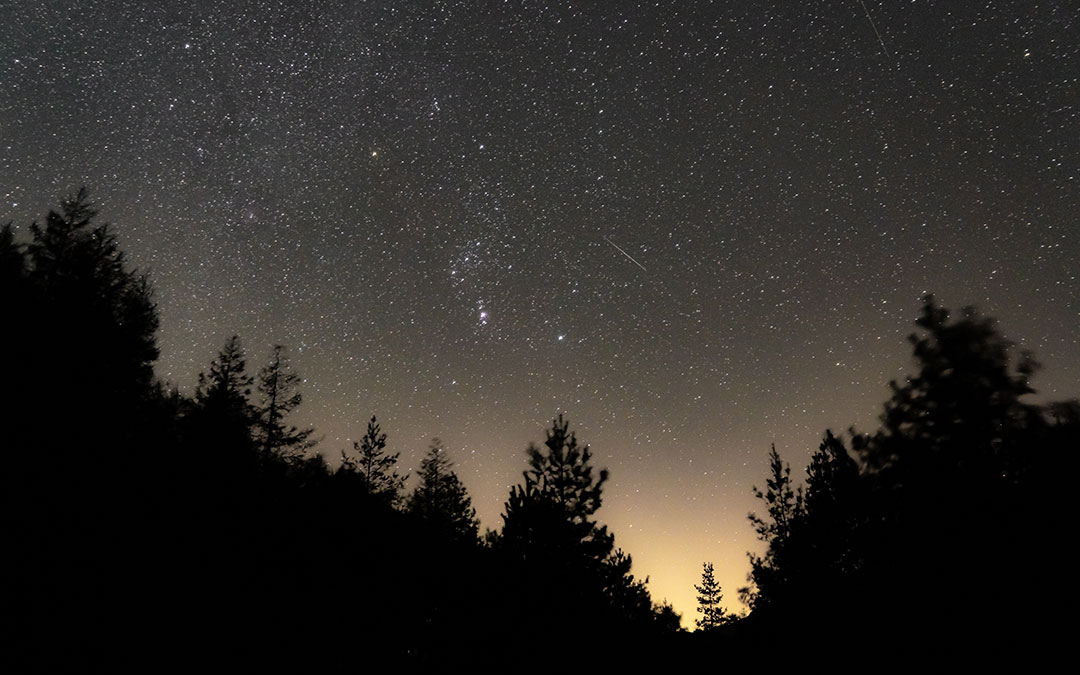 According to light pollution maps issued by the Campaign to Protect Rural England, the Lake District, Cumbria is one of the best places in England for a star-gazing getaway. The National Park and surrounding areas have several locations perfect for a night of stargazing.

The Lake District easily outshines the city lights for a memorable autumn or winter holiday, with more than 1,000 stars visible on a clear night – complimented by part of our own galaxy The Milky Way, which majestically stretches across the night sky.

Meanwhile, vantage points near large towns or cities serve-up just an average of around 100 stars visible to the naked eye thanks to the intrusive nature of countless streetlamps and other urban light sources.

Getting outside to enjoy the dark skies also means you’ll be getting more exercise – which is not only good for your physical health, but also releases serotonin: Your happy hormone! It doesn’t have to be a mammoth run or a mission to reach the top of Scafell Pike in record time, just a simple stroll along one of our beautiful beaches will do the trick. Take advantage of being outside whenever you can! Fresh air and particularly sunlight are scientifically proven to raise your spirits. Take the time to notice things that you can see, hear, smell and feel in the environment around you. It all helps to improve focus and bring your mind into the present. 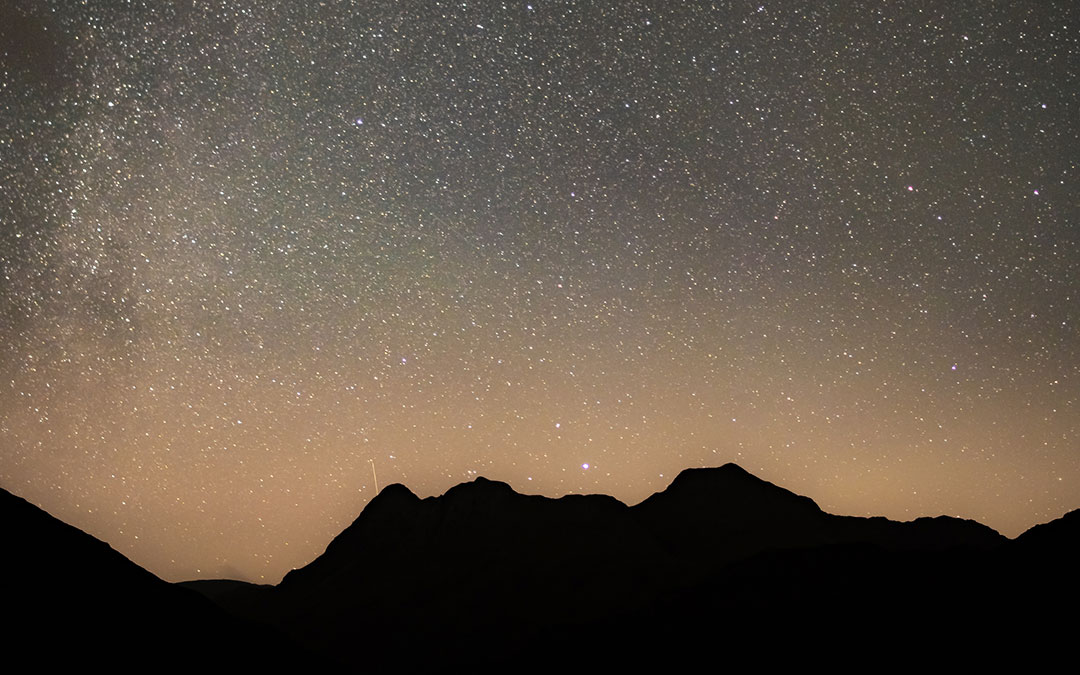 Getting out and about with someone you’re close to is a great way of making you feel more connected with you loved-ones. Whether it’s simply being surrounded by beautiful scenery, or actively getting out on the fells and forests, taking time out to reconnect with nature, friends and family might just be what you need to lead a happier, healthier life. So, find a friend, and create your very own dark skies winter break here by following a few simple, handy tips:

With the Western Lake District and its stunning coastline offering a chance for visitors to uncover the wonders of the night sky here along the Lake District Coast, Cumbria’s rugged wilderness provides the perfect backdrop for your visit.

Here are ten suggested locations to help you choose where to set up your telescope – or to just throw a blanket down!

Wastwater: Carved into the landscape by a glacier, Wastwater holds the bragging rights for the title of ‘deepest lake in England’. Owned by the National Trust, Wastwater is also known for being a lake that’s not easy to reach directly. Its northern tip is at Wasdale Head – the site of a remote campsite and the last pub for miles – popular with walkers taking on a climb of England’s highest mountain, Scafell Pike. Accessible by a remote road and with a circular lake walk available, the feeling of rugged wilderness is hard to beat. For that feeling of isolation and a distinct lack of intrusive lighting, Wastwater tops our list.

Silecroft Beach: If more wide open space is just the thing, Silecroft will certainly tick many boxes. With Black Combe continuing to loom above you, there is plenty of space to enjoy thanks to this long stretch of peaceful beach. Arriving by rail makes it easy to bring your telescope; and on-hand toilet facilities make it even more convenient, too!

Black Combe: Black Combe’s 2,000 foot high summit rewards walkers with panoramic views across Cumbria and as far as the Isle of Man, Scotland, Ireland and Wales by day – and views of hundreds of stars on clear nights. To reach it, just follow the footpath from the southern end of Whicham Valley.

Eskdale: Sitting alongside secluded beaches, castles and hidden lakes which are flanked by wooded shorelines and forests, this part of Cumbria is complemented by tantalising changes of colour throughout the seasons. The stunning and peaceful Eskdale Valley gives visitors the perfect place in the National Park to gaze up at the heavens with only the sound of the flowing water of Whilan Beck breaking the silence.

Ennerdale: Ennerdale has been completely forested and is in a long mountain valley with various crags to see and climb. Cited by Mountaineer Sir Chris Bonington as one of his favourite places in Cumbria, much re-planting has been done where original conifers had been cut down during its time as a plantation area, with the return of many different and original species.

Scafell: One for only the most experienced of climbers, you can’t get any closer to the night sky in England than from the top of the highest mountain in the country. At nearly 1,000 metres tall, Scafell Pike is a popular destination for walkers by day, but must only be tackled by experts at night. There is open access to the peak from the surrounding fells, with many walking and rock climbing routes to choose from.

St Bees Head: The beach at St Bees Head is also the starting point for the 190-mile Coast to Coast walk, made famous by Alfred Wainwright. St Bees Head is located on the only stretch of Heritage Coast in England between the Scottish and Welsh borders, offering stunning clifftop views of both the Western Lake District fells and coast. Extra care must obviously be taken at night while stargazing, due to the vertical drop!

Duddon Estuary: The Duddon Estuary offers visitors easy access to large areas of salt marshes and sandy beaches, and the surrounding peace and quiet makes it a perfect place to stare up at the night sky. Stargazers shouldn’t stroll too far from dry land though, due to the risk posed by the tides. Instead, be sure to stay safe and enjoy the dark skies from the safety of dry land along the coast, or check the tide times and set up a reclined deckchair on one of our sandy or pebble-covered beaches.

Coastal railway journey: While lakes are more commonly associated with Cumbria from afar than the sea, the county boasts an impressive coastline of 150 miles in length – much of which is flanked by a commercial railway line. From the stunning Morecambe Bay to the south and up along the Irish Sea coast to the west, a trip along the rugged west coast, the home of beautiful beaches and seaside towns including Whitehaven, Workington, Maryport and Millom……and what better way to experience the coastal views than by rail? Take an evening trip and hop-on and off as you please – just be sure to be familiar with the route’s timetable! Check the times here.