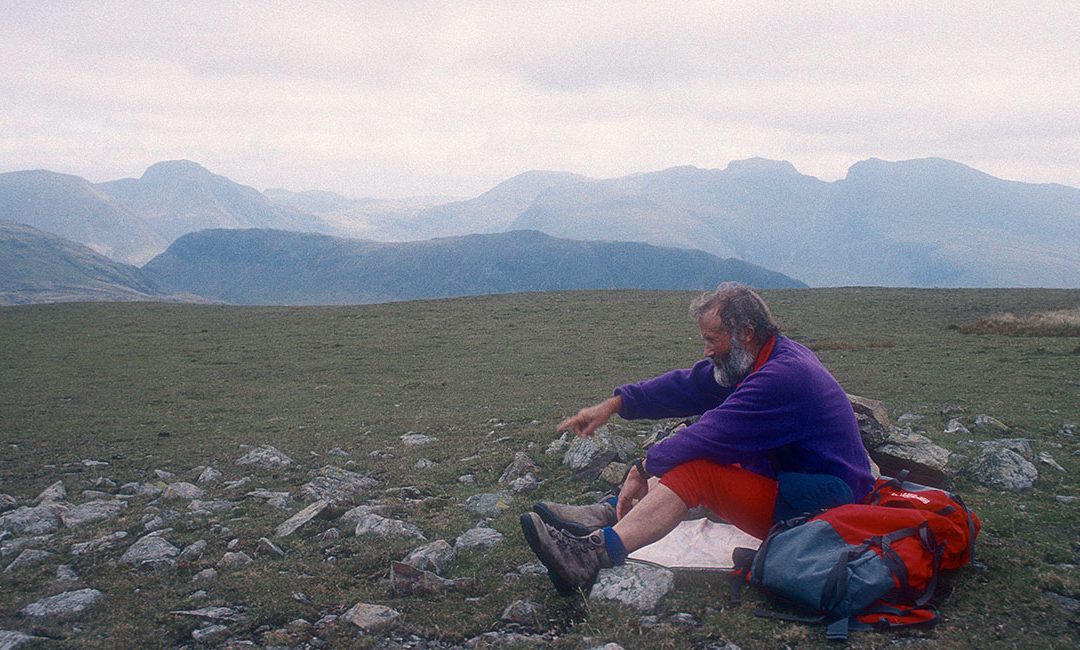 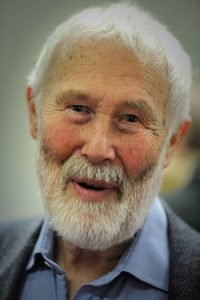 
“I know and love the Western Lake District. In fact, I know the western fells area very well indeed.

“I made the decision to abandon doing ‘proper jobs’ and instead chose to make a living from climbing way back in 1963 after returning from an expedition to Patagonia. I had been working for Unilever at the time and decided I had had enough and really wanted to pursue making a living as a climber – but not as a mountain guide. Instead, I forged a career by being a writer, lecturer and photographer, the communications side of climbing, really.

“I’ve certainly worked my way all around the Lake District. In 1963 I lived in a little cottage for £3 per week in Broughton-in-Furness. I lived there for three years and then moved to a cottage at Kirkland at the foot of Ennerdale, which I remained for a further three years before I bought a house in Cockermouth. Then, as I was doing a tremendous amount of work in journalism at the time, I actually moved out of the Lake District and went to live down in Manchester for around six years. I was lured back to Cumbria though, and I have been in my current home for the last fifty years. During that time, I have since come to know the Western Lake District incredibly well.

“Of course, despite being so beautiful, the western lakes are more difficult to get to and means they are not visited as often as the south or north. As a result, the Western Lake District is much, much quieter and is incredibly beautiful.

“From the south, you can drive up easily from Broughton-in-Furness, right up into the south west corner of the National Park, from which you can work up through each of the valleys of the Lake District, all of which are so fascinating.

“If you start off down in Eskdale, it is wild, with small lakes and smaller crags. It is a fascinating area for walking, while for climbing it is absolutely superb. Just beautiful.

“Going slightly further north, you come to Wasdale of course, which is so terribly different. Whereas Eskdale and even further south of that, like the Duddon Valley, they are quite soft and grassy, up in Wasdale it is very, very stark and hard. Wastwater is a magnificent, dark lake, and yet you have some superb crags with some of the best climbing in the Lake District, like Scafell Pike. It is very, very quiet, and the greatest approach to Scafell itself is from Eskdale. It is the longest route up towards the mountain and offers some of the finest climbing in Britain. In fact, it is here where the real climbing heritage of Britain began. Some of the very earliest climbs back in the mid-19th century were actually done in the Western Lake District.

“Then going a little further north, you get into Ennerdale, which once again is very very different. It has been completely forested and is in a long mountain valley with various crags to see and climb. It looks absolutely wonderful. It has been allowed to become a real wild forest area. A lot of re-planting has been done where original conifers had been cut down during its time as a plantation area, with the return of many different and original species.

“Then, as you continue further north, you get into the Buttermere area. It is quite incredibly beautiful, with Loweswater, Buttermere and Crummock Water all nearby, all of which are beautiful lakes flanked by great, great crags as well. Plus there is the quite incredible carpet of Bluebells there every spring.

“And let us not forget about the coast, either, which is just as interesting thanks to its magnificent sandstone cliffs, providing people with yet another wonderful area to visit in its own right.


“Cycling around the Western Lakes is absolutely superb, and when you get to my age, an electric bike is really, really useful as you go over Wrynose and Hard Knott passes! Those two passes are magnificent, with extraordinary views, not just when you are on a bike, but of course, when you are walking too.

“You’ve got the two great walking routes which pass through the Western Lake District too: The Cumbrian Way, from near Barrow all the way up to Carlisle, and of course you’ve got the Coast to Coast, which goes from west, across the Pennines and over to the east coast. Both routes are wonderful. Not only that, it has now been made easier because you do not have to carry all of your stuff with you. There are little travel companies which will actually book you into various B&Bs or Youth Hostels on your way across, and they transport your baggage from place to place so you can travel light. Either walk is a fabulous journey, whether you start or finish in Cumbria.

“There are just so many wonderful things to see in the Western Lake District and it’s a place I love. Yes, it takes a bit more effort to get there, but it’s well worth the trip and I can’t recommend it highly enough.”