Explore the Western Lakes by bike on ‘The Lakes 100’ route 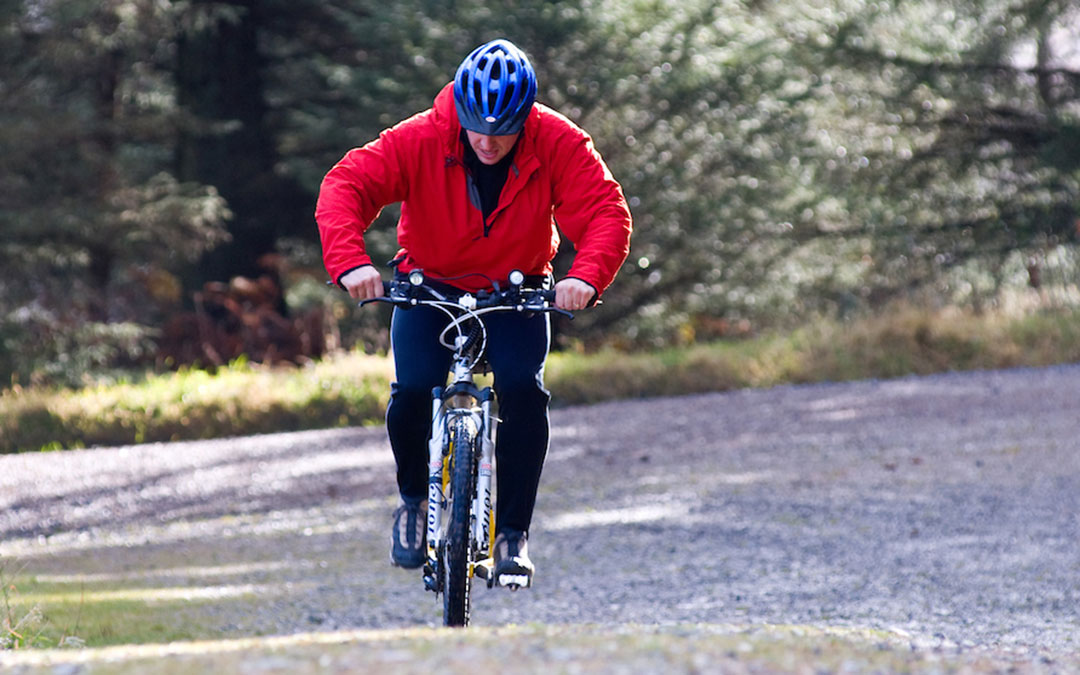 With more than 130 miles’ worth of spectacular routes listed, ‘The Lakes 100 Road Trip’ guide is well-worth checking-out. Offering cyclists a brilliant suggested circular itinerary, the map covers all of The Lake District’s ‘must see’ beauty spots, with around half of the route taking cyclists through the Western Lake District and along beautiful routes near the coast.

You can pick-up a copy of the map and guide for yourself here, and to get you started, here are some of the Western Lake District highlights, chosen by the mastermind behind the map and guide, Peter Lewthwaite:

At the top of the pass, you can take a tour inside the Honister Slate Mine or climb up the side of Fleetwith Pike on the Via Ferrata Extreme. The Scale Force waterfall is worth a look, classed as the highest waterfall in the Lake District and hidden in a gorge on Crummock Water’s west bank. The valley of Rannerdale Knotts offers a glimpse into the stone age, with signs of ancient buildings still visible. Famous for its stunning Bluebells, it’s a particularly good place to pass through on a bike in April and May. 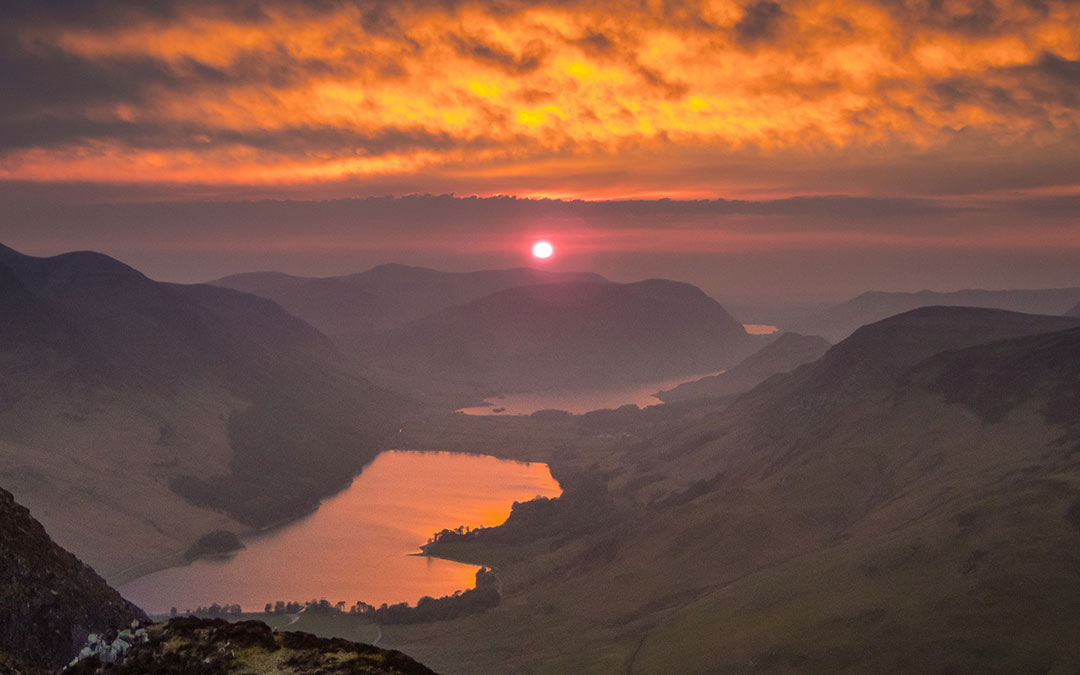 Once one of England’s most bustling ports, sitting proudly on Whitehaven’s harbourside is the fascinating Beacon Museum, where tales of Vikings and Victorians accompany a host of seafaring artefacts with numerous exhibitions being held all-year-round. Whitehaven’s maritime story also includes the creation of 1785 Jefferson’s rum, with more stories to be told at the town’s Rum Story attraction, delving deeper into Cumbria’s connections to the rum and spice trade.

At St Bees, you’ll be greeted by dramatic cliffs stretching for four miles along the highest and most westerly point of England. Made up of vast slabs of red sandstone laid down 240 million years ago, at almost 100 metres high in places.

One of the most remote lakes in Cumbria, the valley at Ennerdale Water is currently undergoing a re-wilding project and has been named as one of mountaineer Sir Chris Bonington’s favourites parts of the county. Another highlight is the Kinnside Stone Circle, overlooking Dent Fell. Meanwhile, built by the monks of Calder Abbey in the 12th century, Monks Bridge is thought to be the oldest packhorse bridge in the Lakes!

With two wonderful pubs, full of Lake District character, stop-by in the tiny hamlet of Nether Wasdale, which boasts two great little pubs with convenient camping right over the road at the Churchstile campsite. Be sure to visit the Wasdale Valley – the home of England’s deepest lake (Wastwater), highest mountain (Scafell Pike), and even smallest church. Be sure to call-in at the Wasdale Inn – one of Cumbria’s most remote pubs, very popular with weary walkers after a day on the highest fells.

Stopping-off at Eskdale and Wasdale is a great choice for those visitors who prefer a far-flung experience with fewer people blocking the views. For that reason, the feeling of isolated wilderness here is hard to beat.  Sitting alongside secluded beaches, castles and hidden lakes which are flanked by wooded shorelines and forests, this part of Cumbria is complemented by tantalising changes of colour throughout the seasons. Be sure to visit Muncaster Castle and take a trip on the Ravenglass and Eskdale Railway while you’re here. The Eskdale Water Mill at Boot and the Stanley Ghyll Force waterfall are also essential. 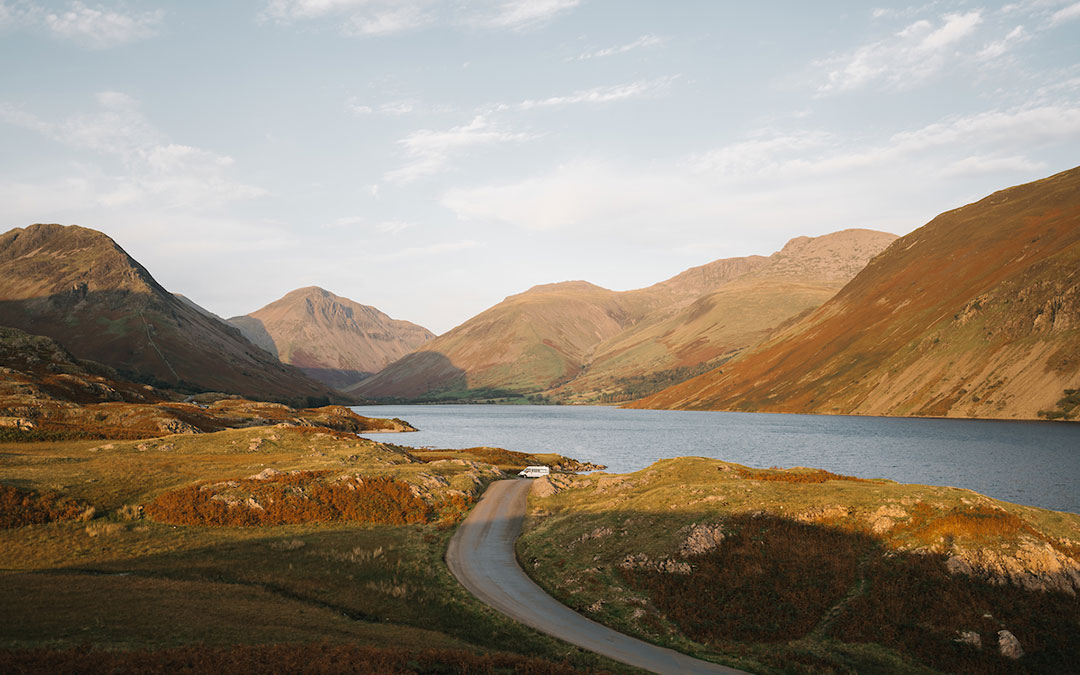 The Corney Fell road is the best route for panoramic ocean views over towards Scotland and beyond, with unforgettable sunsets and spectacular views toward the Duddon Valley. Along this route is the famous Swinside Stone Circle, thought to be around 4,000 years old. Why were they placed in a circle, you may ask? A tale tells how the Devil himself kept moving the stones into a circle to delay the construction of a church. 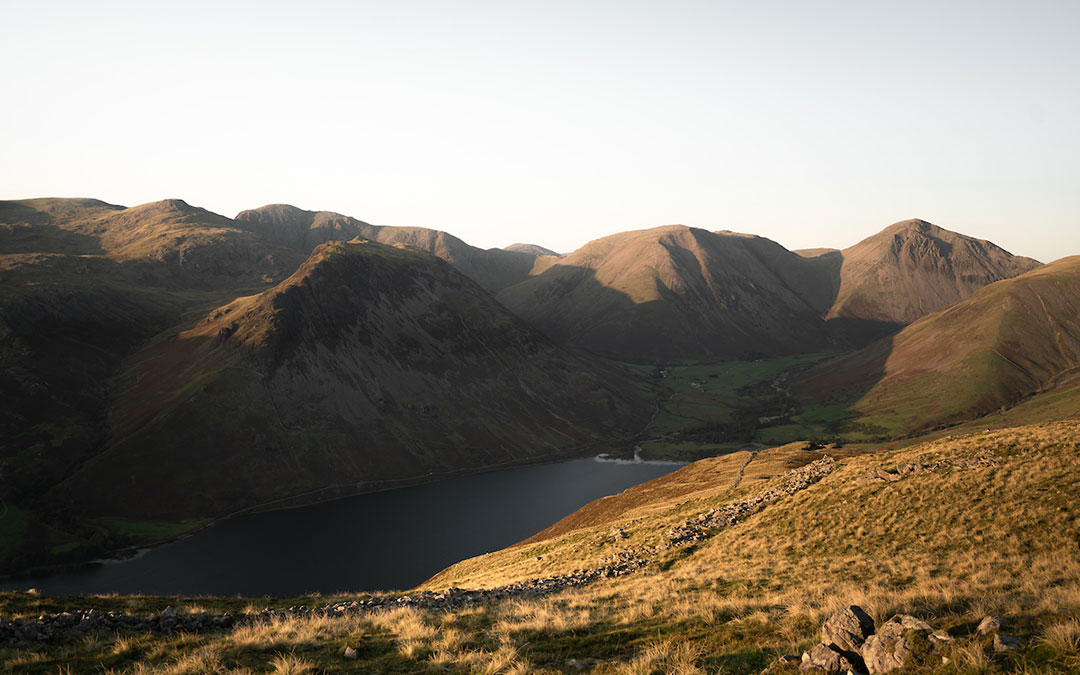 Two options await cyclists fort this route. The most direct route out of Eskdale towards Ulpha takes cyclists over the Birker Fell road, which is an easier ride for those who’d prefer to avoid the steeper, but stunning Hardknott Pass. Of interest is the Duddon Valley, where its secluded peace and quiet is interrupted only by a cosy pub and well-maintained campsite. A great wild swimming opportunity also awaits below Birks Bridge.

Take a break from cycling and enjoy a dip!

The Birks Bridge area is just one of many places in the Western Lake District where you can enjoy a wild swim, with this part of Cumbria offering five different lakes where you are welcome to enjoy a dip accompanied by a stunning backdrop.

Here’s our brief guide to the five lakes on this side of Cumbria where a refreshing dip is also permitted.

Carved into the landscape by a glacier, Wastwater is the deepest lake in England.

Off the beaten-track, but well worth a visit. Near-silence is guaranteed as the use of powered craft is not permitted.

One of the smallest lakes in Cumbria, a drive over the Honister Pass brings you out to a perfect place to pull over and head down to the water’s edge.

On Loweswater, powered craft are not permitted so the only sound you will hear is the breeze, the birds, and the cool water lapping against the shore.

Bassenthwaite bathes in the shadow of the mighty and imposing fell of Skiddaw and is easy to reach thanks to its proximity to the A66 on its western shore.

For further information about access to all the lakes listed above, check out our Wild Swimming blog here; for details of lakes right across The Lake District, visit the Lake District National Park website here and view an RNLI Water Safety video here. 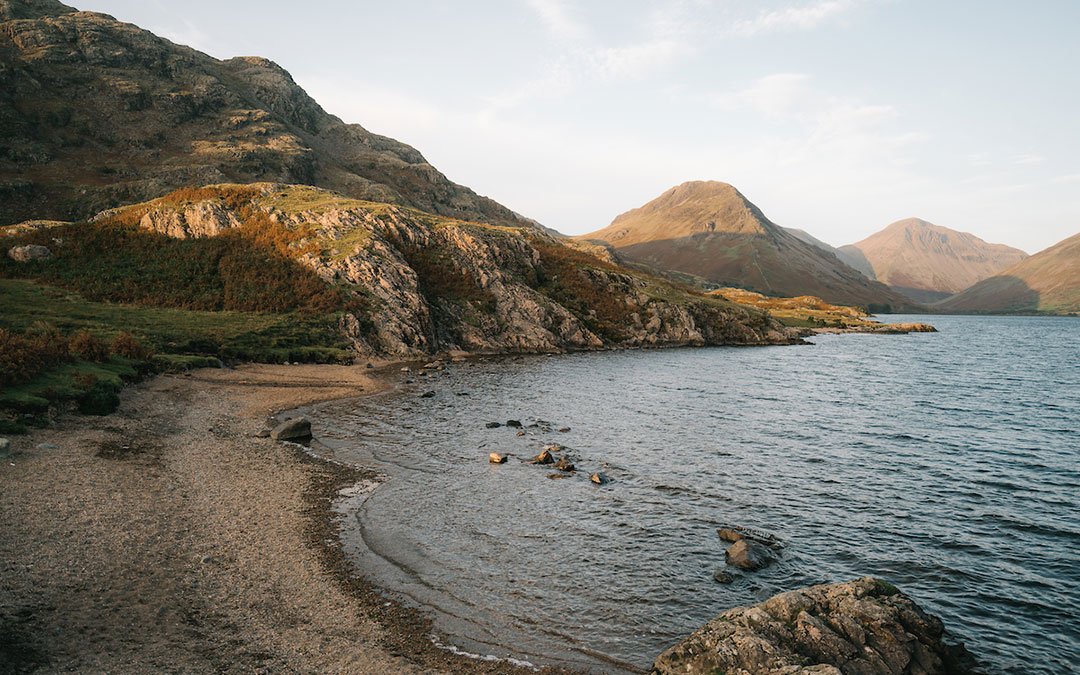