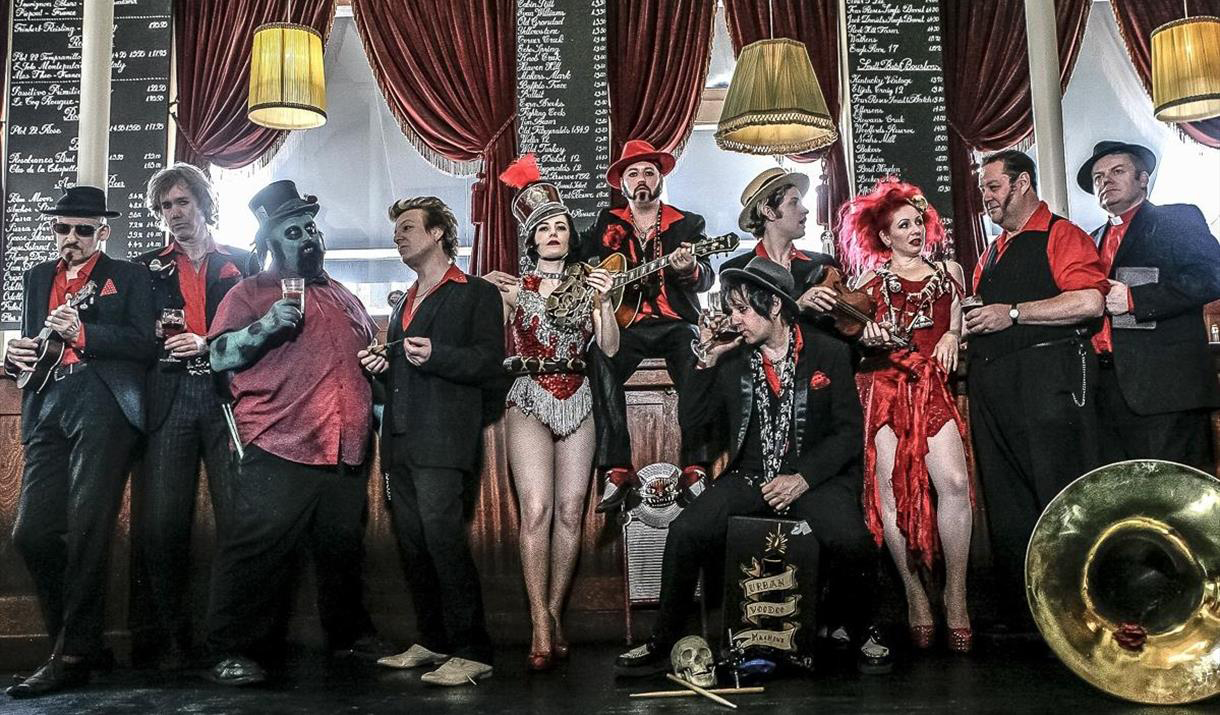 With an act honed alongside burlesque dancers, snake-charmers and fire eaters they call friends, The Urban Voodoo Machine have become one of the greatest live acts in the country – terrifyingly bizarre, hysterically funny; a riot for the eyes and sensation for the ears.