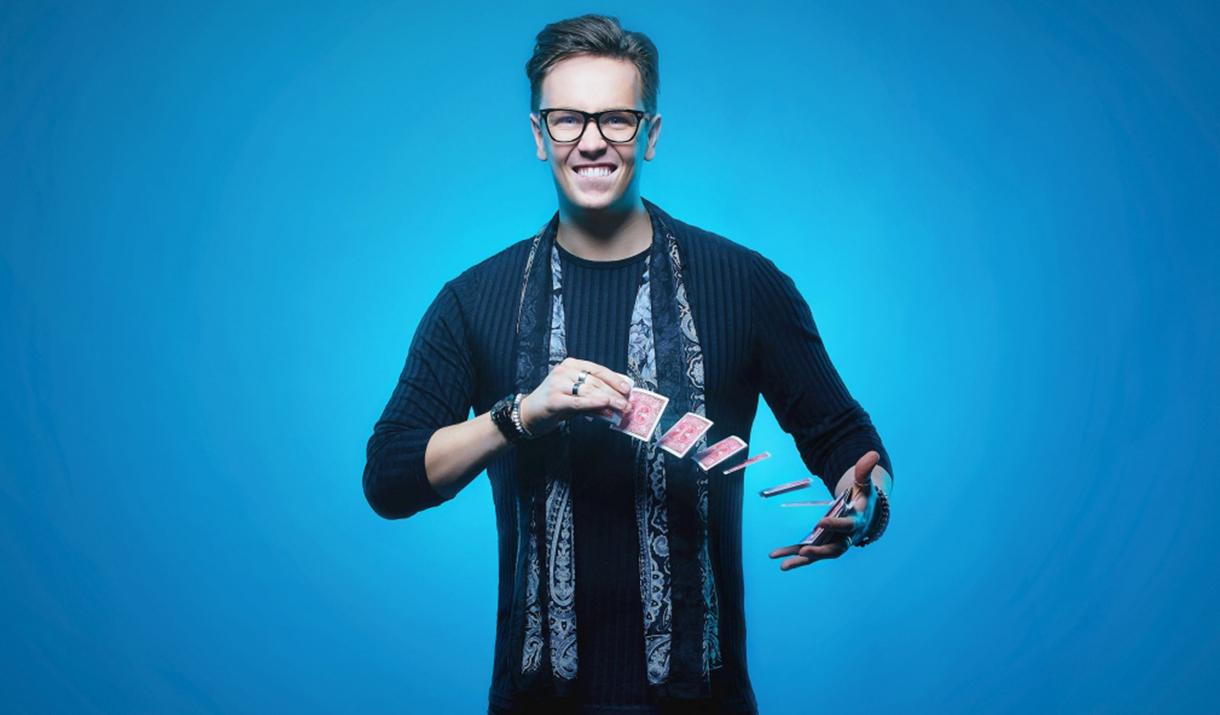 The magician most famous for jamming the BBC’s switchboard, after correctly predicting the lottery, fronts The Greatest Magician – arguably the most hotly anticipated magic show for 2021!

Described by The Mirror as ‘extraordinary’ and following a sell-out run in 2019, this enigmatic and critically acclaimed, intimate glance at the most engaging of art-forms transports you to a jaw-dropping world of light-hearted hilarity, wonderment, and mystery.

Focusing on mind-bending feats of illusion, from making people forget their own names to transporting iPhones from the auditorium into blocks of ice, this dazzling show is showing exclusively for a limited run.

Presented by the host of BBC’s Trickster: Live and viral star – ‘the most anticipated magical performer in a generation’. Taught exclusively by Paul Daniels, friends with Penn Teller and now a magician to A-lister stars, James Phelan is The Greatest Magician.

Leaves even the most seasoned magic go-ers dumbfounded
Fringe Magazine