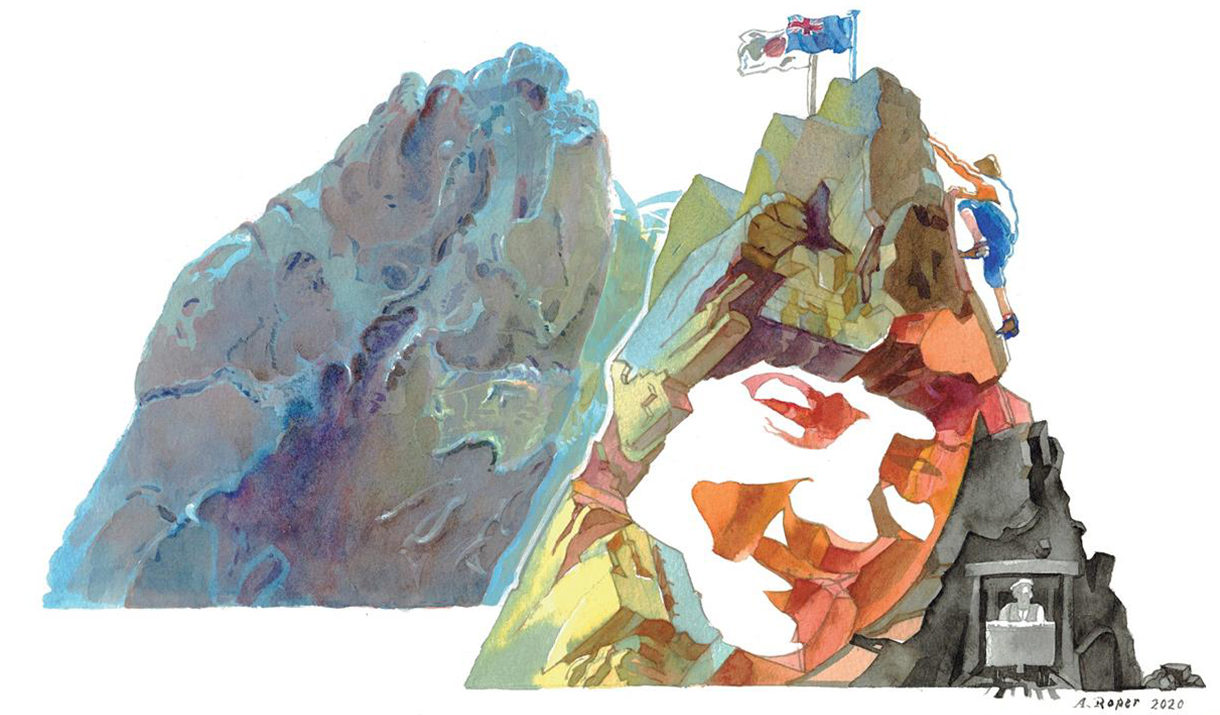 At Home In The Steep Places charts Bill’s life from a challenging childhood in the Cumberland coalfields and involvement in the mines rescue teams at Lowca and William Pit disasters to his pioneering of new rock climbing routes in 1940s Buttermere.

He became an abstract landscape painter after emigrating to Australia in 1952 where he developed ‘burnt’ paintings. He returned to Cumbria in 1980 and drew on Japanese influences to paint his beloved fells, which he had resumed climbing with new friends such as Bill Birkett, Sir Chris Bonington and Don Whillans.

Filmed in England, Australia and Japan, the film is presented by Steve Wharton, Natalie Wilson and Perrin Walker. It features interviews with people who knew Bill, climbing and art specialists, rare archive material, photographs by the Abraham Brothers and a soundtrack by Cumbrian and Australian musicians.