Whether you live here, come into our area for a day out or come for a longer stay, there are a host of days out ideas in the Western Lake District, from attractions and interesting places to shopping days or family activities. Take a look too at our events calendar to find out what’s on.

We’ve got three new guides for you to download and enjoy thanks to our friends John Scanlan of westwards.org, and In Certain Places, UCLan.
View and download the guides below – choose from a road trip in the north from Solway Firth to Silloth; a road trip south from Whitehaven to Millom, taking in Cleator Moor, Egremont, Sellafield, Ravenglass and on to Millom & Haverigg; or a tour around Whitehaven. 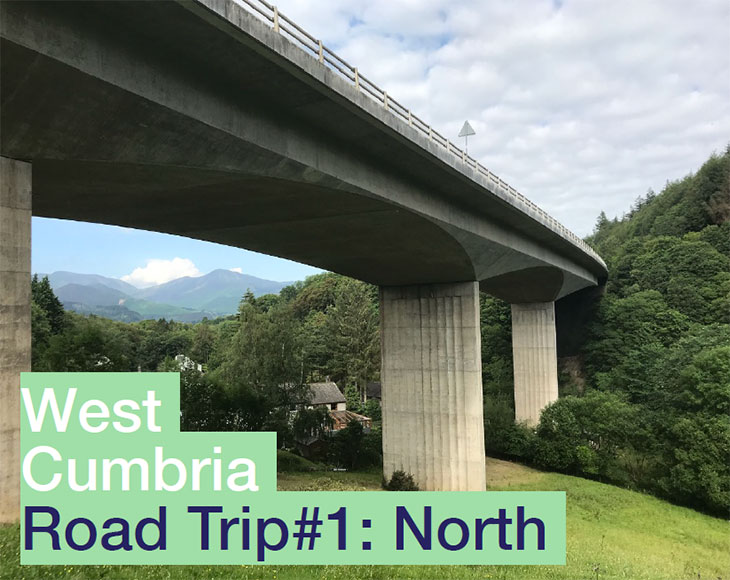 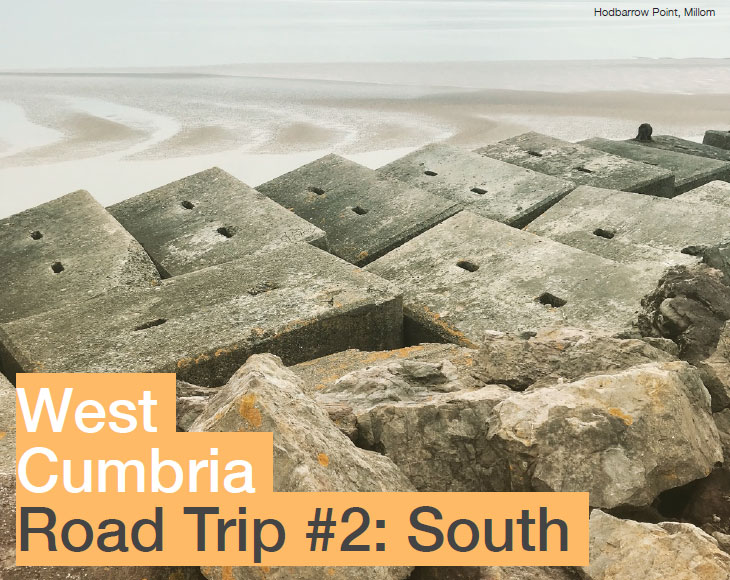 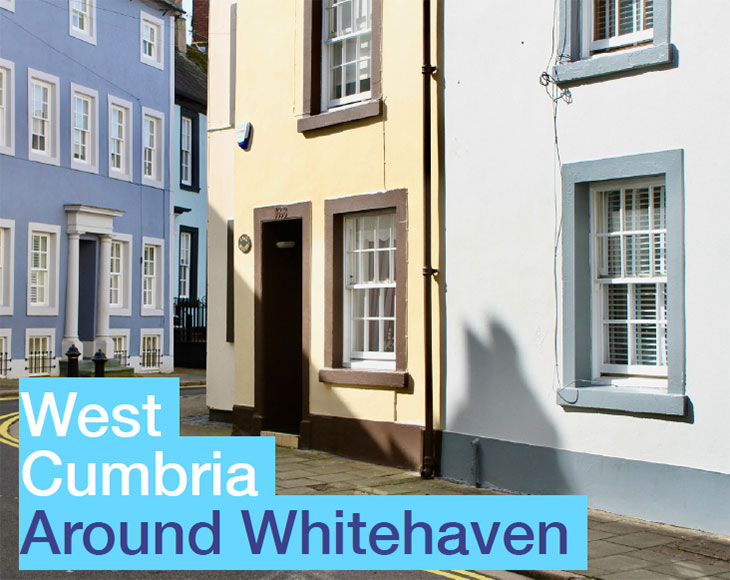 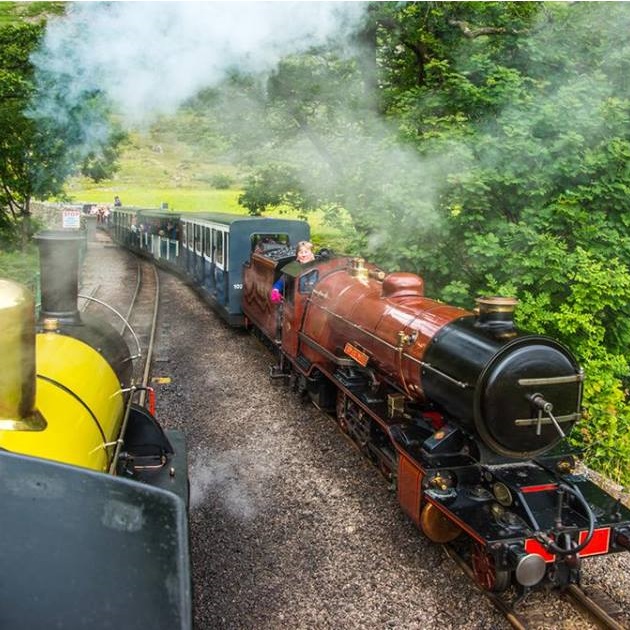 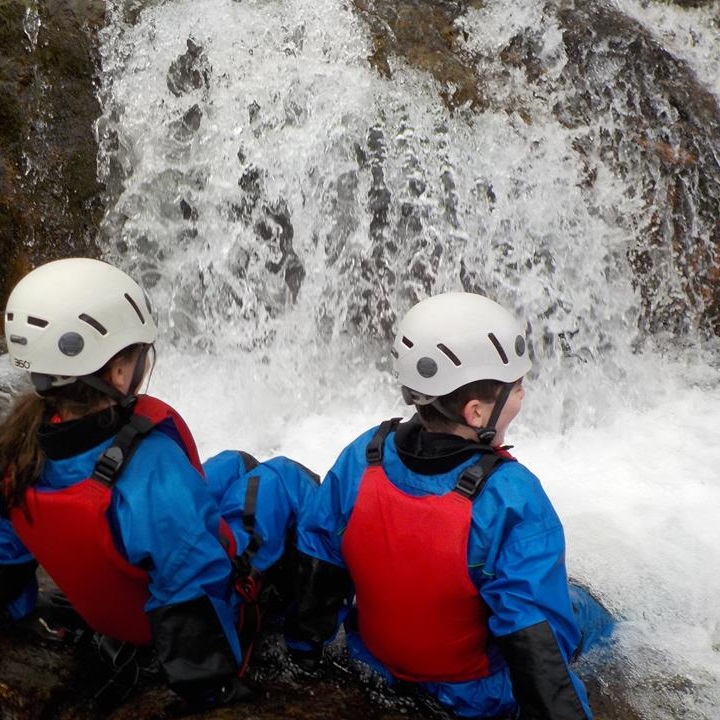 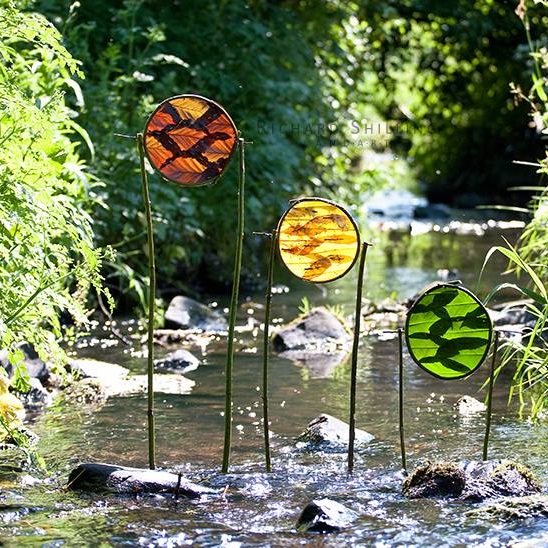 Cumbria Tourism has been working with the county’s six local authorities to give the CCR 200 more of its own distinct identity and longevity – much like Scotland’s ‘South West Coastal 300’ or for walkers, the famous Coast to Coast walk. Part of this activity has...
Read More

Ravenglass & Eskdale Railway has opened an online shop where you can purchase railway memorabilia, railway themed goodies, books, DVDs and vouchers for future visits to the railway, all with free P&P!
Read More
See more offers 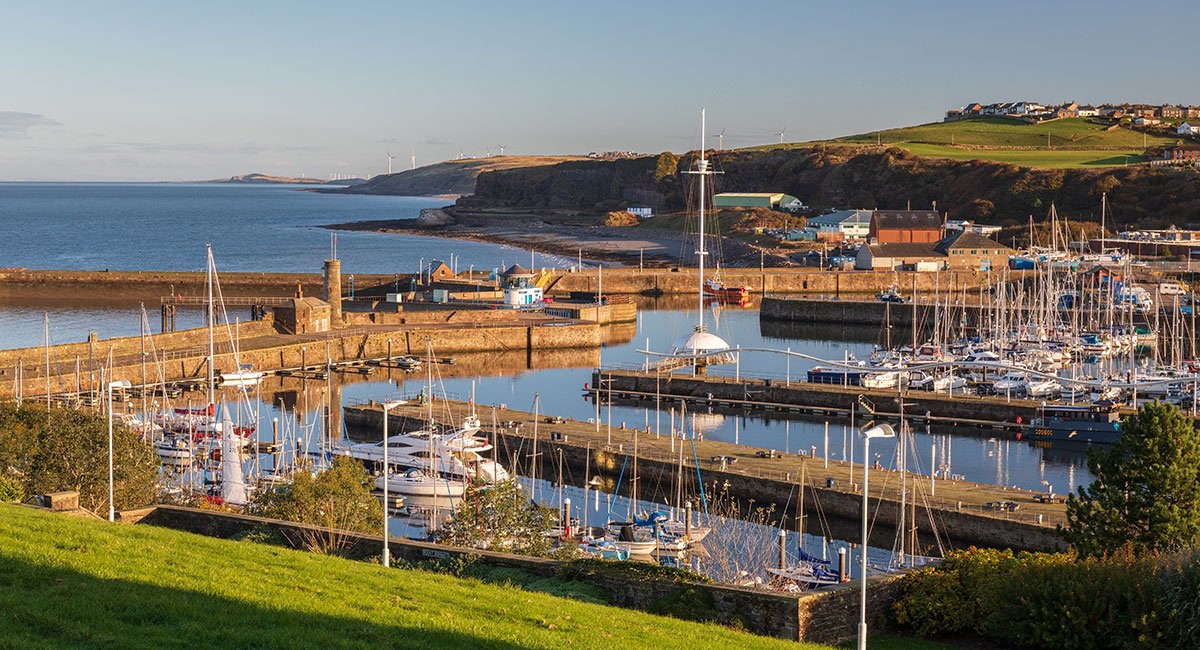 The Lake District Coast is your Oyster

Stretching from Bowness-on-Solway in the north down to Morecambe Bay in the south, this special shoreline takes in stunning beaches and a fascinating past.

Step off the train in the port town of Whitehaven. Once one of the busiest ports in England, the waterfront is just a short walk away from the Rum Story attraction, which tells the thought-provoking story of Cumbria’s connections to the rum and spice trade.

There are also tales of Blackbeard and piracy on the high seas, smugglers and Nelson’s navy, along with Whitehaven’s maritime past and the renowned Jefferson family – creators of the famous 1785 Jefferson’s rum.

Back at the harbourside, head to The Beacon Museum, where you’ll be intrigued by some fascinating facts about the area. From Viking silver to Victorian trading ships, a vibrant collection of historic objects and artwork is accompanied by a blend of local and touring exhibitions throughout the year.

Then take the short train ride back up the coast to Maryport, a bustling harbour town with Roman roots and a rich maritime past. Arriving at Maryport station, it’s just a short stroll to the harbour. Based here is the Lake District Coast Aquarium, boasting 75+ themed tanks with a collection of the diverse marine life found around the Cumbrian and UK coastline.

This is also a great location for a Roman themed ramble, starting at the Maryport Maritime Museum. Taking in spectacular views of the Solway Firth, this 3 mile route meanders into the Solway Coast’s Area of Outstanding Natural Beauty and includes the Senhouse Roman Museum, which houses some of the most important archaeological finds in Europe. 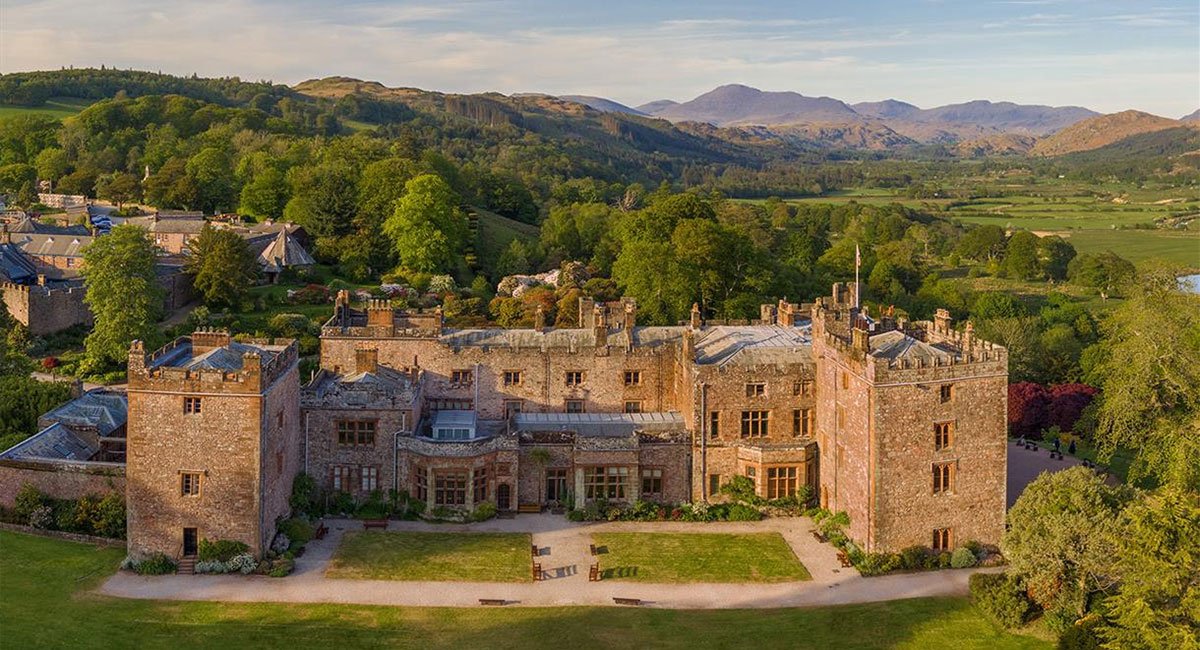 The Spice Trail with Rum Tasting at Muncaster

Learn the story of Cumbria’s spice and rum trade and try various local foods that have been influenced by the spices of the past, including the famous Grasmere Gingerbread. A Mountain Goat mini-coach will take visitors over the high passes to a local brewery on the West coast, with some rum-tasting at Muncaster Castle. 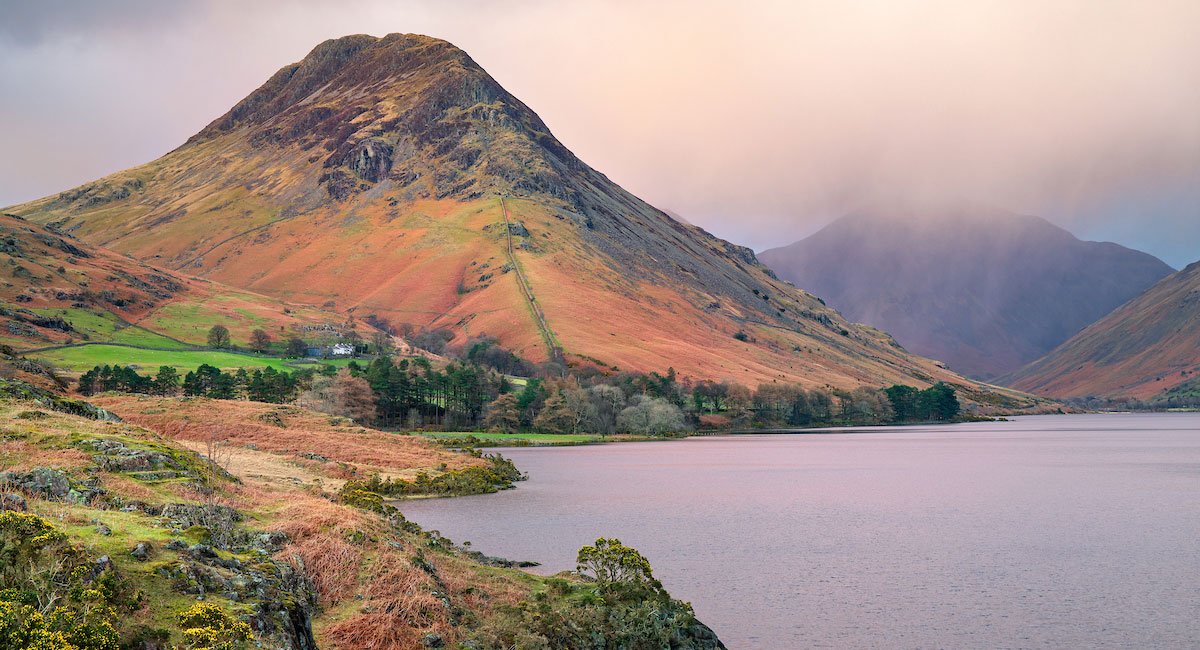 From the Deepest to the Tallest…

Carved deep into the landscape by a glacier, Wastwater holds the bragging rights for the title of ‘deepest lake in England’. Owned by the National Trust, Wastwater is also known for being another lake that’s not easy to reach directly, unless you’re a crow – in which case it’s not too long a flight. For readers who aren’t crows, however, access must be via the A595, which hugs Cumbria’s western coast.

Wastwater’s northern tip is at Wasdale Head – the site of a remote campsite and the last pub for miles – popular with walkers taking on a climb of England’s highest mountain, Scafell Pike. Accessible by a remote road and with a circular lake walk available, the feeling of rugged wilderness is hard to beat. 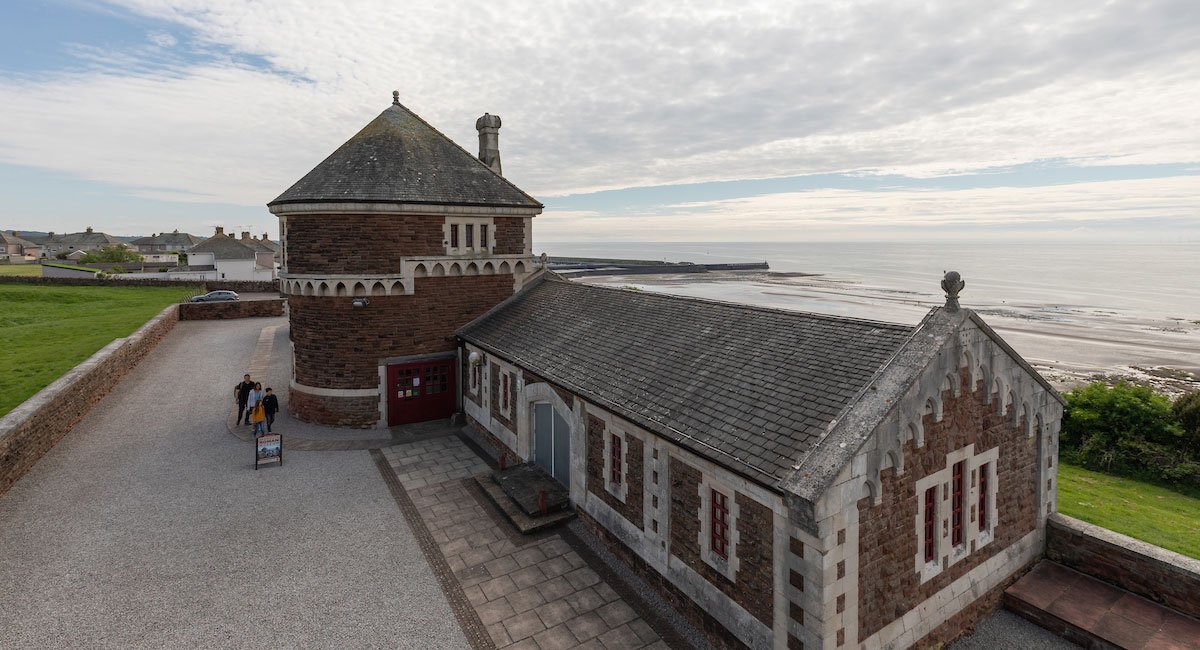 Nearly 2,000 years ago, the Romans built one of their most iconic structures, and to this day remains globally recognised for its cultural significance.

Hadrian’s Wall – a UNESCO World Heritage Site, is the largest collection of Roman military altar stones in the UK, and the tallest surviving Roman structure in northern Britain.

The Lake District Coast provided a natural frontier and an essential supply route for Hadrian’s Wall, with forts and turrets built to reinforce the border, running from Bowness on Solway, right across the north of England.

Circular day walks and cycles and iconic long distance paths and trails make it a great place for walkers and cyclists of all abilities. Spend a day exploring the peaceful countryside or coastline or plan a short break around a famous route such as The Hadrian’s Wall Path National Trail, Wainwright’s Coast to Coast walk, The Hadrian’s Cycleway or the Sea 2 Sea Cycleway. 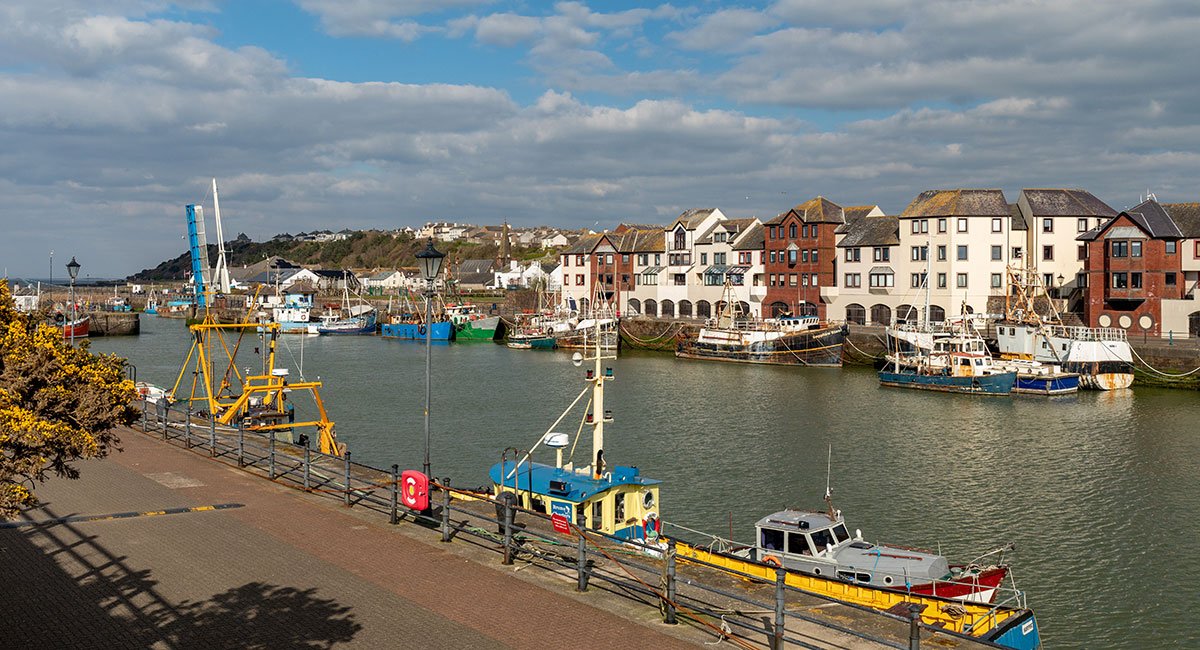 Family Fun is the order of the day at St Bees, where towering sandstone cliffs, a perfect sandy beach and a rich past add a bright splash of dashing red to a part of the country best known for being green.

This stretch forms part of England’s only Heritage Coast, where towering cliffs of St Bees Head take in the largest sea bird colony in the North West during the spring and summer months.

Then head up the coast to Maryport, a bustling harbour town with Roman roots, discover its maritime past and enjoy a Roman ramble.

Take a train on the Cumbria coast railway line to St Bees station and follow your nose to the beach. There, you’ll be greeted by the dramatic cliffs of St Bees. Stretching for four miles, this is the highest and most westerly point of England, made up of vast slabs of red sandstone laid down 240 million years ago. It’s also the source of St Bees’ sandstone – the red stone used for many buildings in Cumbria.

Almost 100 metres high, the cliffs are topped with grassland and patches of wild gorse, which also provide havens for a wide variety of small birds. Keep cameras and binoculars on standby for the Peregrine falcons that often hunt along the coast and can sometimes be seen flying overhead or perched on the cliff face.

The area is a RSPB nature reserve and provides nesting sites for more than 5,000 pairs of seabirds. It’s also famously home to England’s only colony of Black Guillemots.

Access to the reserve is via the path over the metal footbridge at the north end of the promenade. From here follow the coastal path to St Bees Head and back. Tread carefully, as this is an unprotected cliff-top route.

For lunch, there are several pubs and eateries within walking distance of the beach; and in the evening, catch the train back to Maryport or spend the night in one of the pretty coastal villages along the way.

Enjoy a relaxing lie-in or head for the harbour as dawn breaks. Here, you’ll also find the Maritime Museum and the Lake District Coast Aquarium, which boasts more than 75 tanks containing marine life found around the Cumbrian and UK coastline.

Lunchtime is an opportunity to grab a bite at the Quayside Café at the Aquarium, before you walk off your lunch with a Roman themed ramble, starting at the Maritime Museum. This three-mile walk climbs the sea brows, yielding spectacular views of the Solway Firth. The route meanders into the Solway Coasts Area of Outstanding Natural Beauty and takes in the Senhouse Roman Museum, which houses some of the most important archaeological finds in Europe and is sited near the Roman settlement of Alauna. 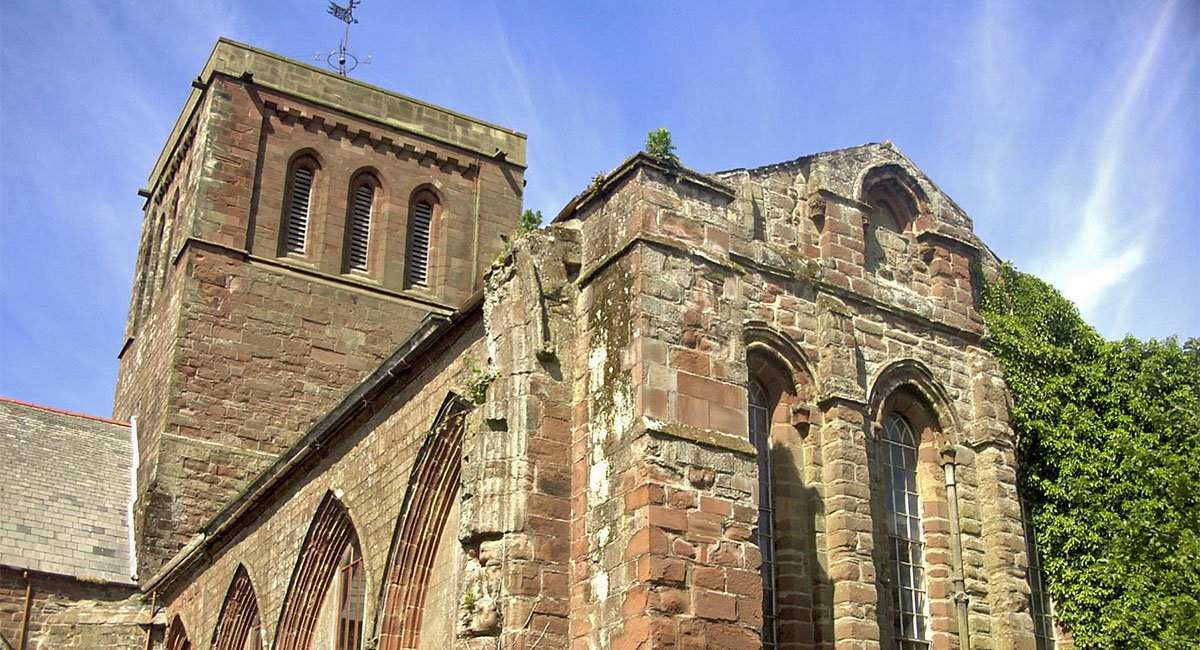 2020/2021 is a year of celebration for St Bees Priory, the iconic Parish Church of St Mary and St Bega, having been a centre for Christian worship for nearly nine hundred years.

Included in the celebration of 900 years, is the St Bees ‘Bog man’: The name given to the extremely well preserved body of a medieval man discovered on the grounds of St Bees Priory in 1981. His identity was subsequently established as that of Anthony de Lucy, 3rd Baron Lucy, who died in 1368, probably killed on crusade.

The former Benedictine monastery-turned Mother Church for much of the Lake District Coast, St Bees Priory is described as ‘the spiritual home of a working Christian family’, with many events planned to mark this milestone year.