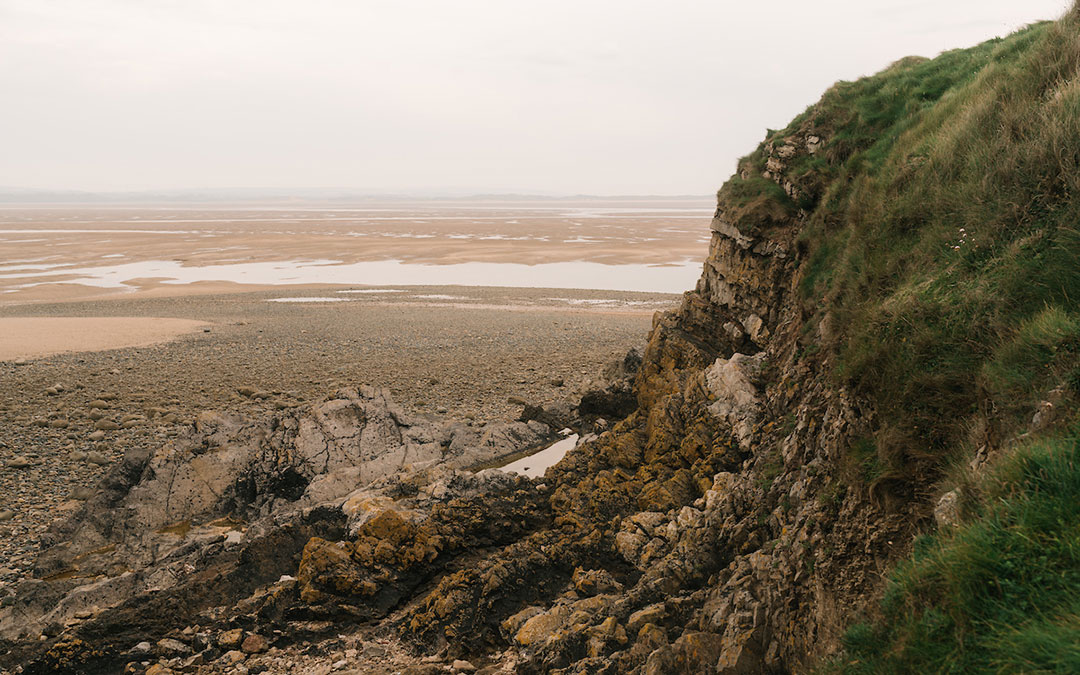 More than just lakes and mountains, a stretch of path along ‘Cumbria’s Hidden Coast’ is due to open in 2021: A 40-mile-long trail linking Millom to Whitehaven, as part of national efforts to link the entire UK coastline.

Among the highlights and tucked under the shadow of the 2,000ft-high Black Combe, the Duddon Estuary offers easy access to salt marshes and sandy beaches, while Silecroft is ideal for a coastal stroll, horse-riding, or even a spot of water-skiing.

“You just can’t go wrong with a Black Combe walk: It’s never busy, there is an immediate sense of space and the wild places, the views are terrific and if the weather is rough then it’s still worth doing because, if you are lucky, you can smell the sea during the walk and dry out at the excellent Miners Arms pub in Silecroft.” – Paul Rose, TV Presenter and Explorer

“A favourite walk is an easy circular walk that follows the perimeter of Millom Park just to the north of Millom itself. Is it a quiet walk? Perhaps not all of it, as in the centre of the plantation is a working quarry.  But having said that, once away from the quarry itself, the terrain is easy, with good tracks to follow, giving fantastic views of Black Combe across the Whicham Valley.” – Richard Warren, Chair of the Lake District Search & Mountain Rescue Association

This stretch of coastline is also home to The Lake District National Park’s only coastal village, Ravenglass, from where you can explore Muncaster Castle – which to the best of our knowledge is the only castle in the UK which still employs a full time Jester. You can also take a seven-mile trip on the narrow gauge Ravenglass & Eskdale Railway, where visitors can enjoy a 45 minute train ride to the foot of England’s highest mountain, Scafell Pike. 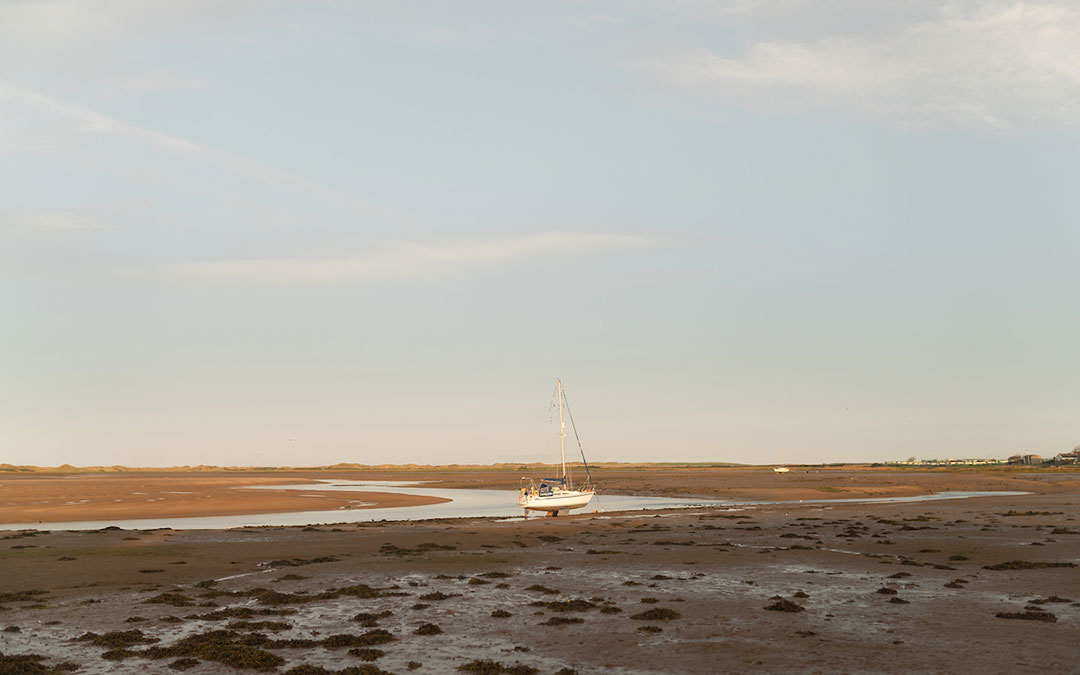 Once a strategic Roman port, Ravenglass supplied the occupying forces along the Empire’s northern frontier. Look closely and you can find some of Britain’s tallest remaining Roman structures here.

A short distance to the east of Ravenglass, Devoke Water comes highly recommended…

“The Circuit of Devoke Water has everything I desire, remoteness and few people. Any activity is usually centred on the tarn – fishing and swimming, but the fells have character and wonderful views not only into The Lakes but also out to the Irish Sea. Yoadcastle, the highest, in particular is an imposing summit that you can easily imagine being defended.” – David Powell-Thompson, Broadcaster and Mountain Guide

Proceed along Silecroft’s sandy beaches before stepping over the Esk estuary at Muncaster and up to the heritage site of St Bees Head, where daunting cliffs await the intrepid explorer. Laid down 240 million years ago, four miles of towering red sandstone cliffs dominate St Bees on England’s only Heritage Coast and is the home of an RSPB nature reserve. 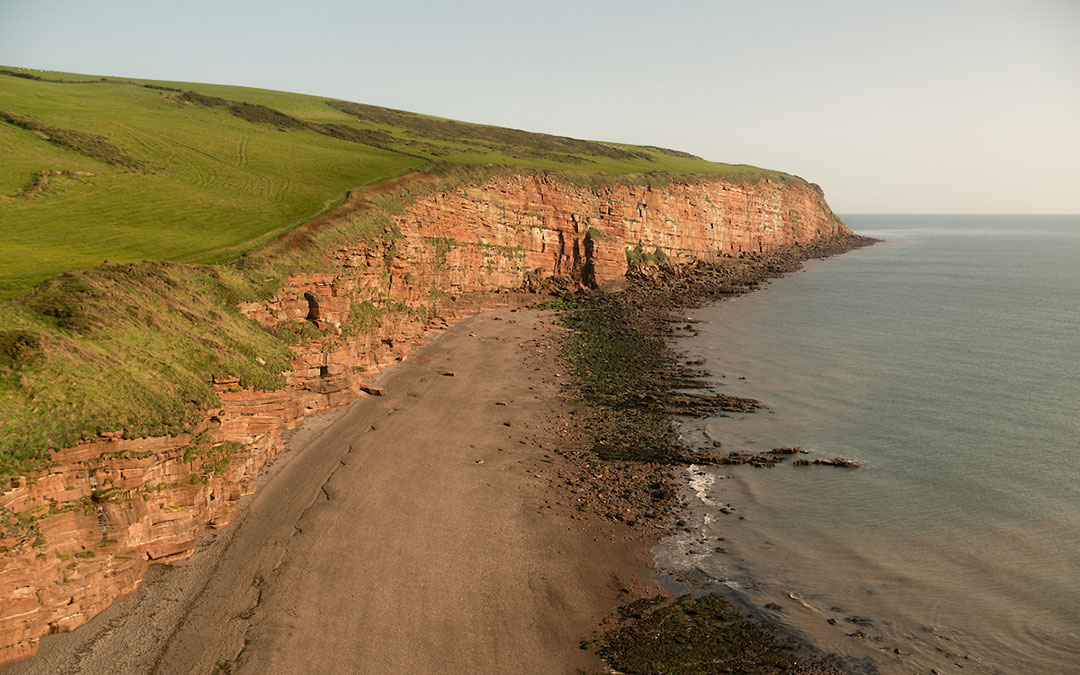 When open, the path will also wind-through the Georgian port and modern marina town of Whitehaven, home of The Beacon Museum – with tales of Vikings, Victorians and local Rum history aplenty, the former industrial waterfront of Workington and the ancient port of Maryport, dotted along the coast, one after the other.

With fine beaches as far as the eye can see, this stretch of The Lake District Coast also boasts a special site of scientific interest; the dune reserves at Drigg.

And, to the east… “Crummock Water is my favourite place in Cumbria. A fabulous, lovely round-walk, with lovely swimming opportunities, little hidden beaches, beautiful climbs and always peaceful with few tourists. While there is no village on the shores, unlike most lakes, do hurry to the Kirkstile Inn at nearby Loweswater for food and drinks for a well-deserved top-up after enjoying everything the walk has to offer.” – Hunter Davies, Author, Journalist and Broadcaster

Continuing northwards and upon reaching the Solway Estuary, the coast reverts to wilder loneliness from where views across to the Southern Uplands of Scotland can be enjoyed. Turning inland, the Hadrian’s Wall World Heritage Site stretches eastwards towards the Pennines for further adventures.

Back on the south coast and opened in February, a circular route around Walney Island gives ramblers the chance to explore two nature reserves, abundant with seals and bird-life. Tide-permitting, you can also walk over to the nearby Piel Island – a vehicle-free zone and a great place for camping on a budget under the backdrop of the ruins of a 14th century castle.

Plans are also being discussed for a path around the Furness Peninsula, taking-in the sand dunes of Roanhead beach and the Sandscale Haws Nature Reserve along with ‘must-visit’ places like Ulverston – birthplace of Stan Laurel and the home of the iconic Sir John Barrow monument.

You can keep up to date with all the latest developments on the Coastal Path, here. 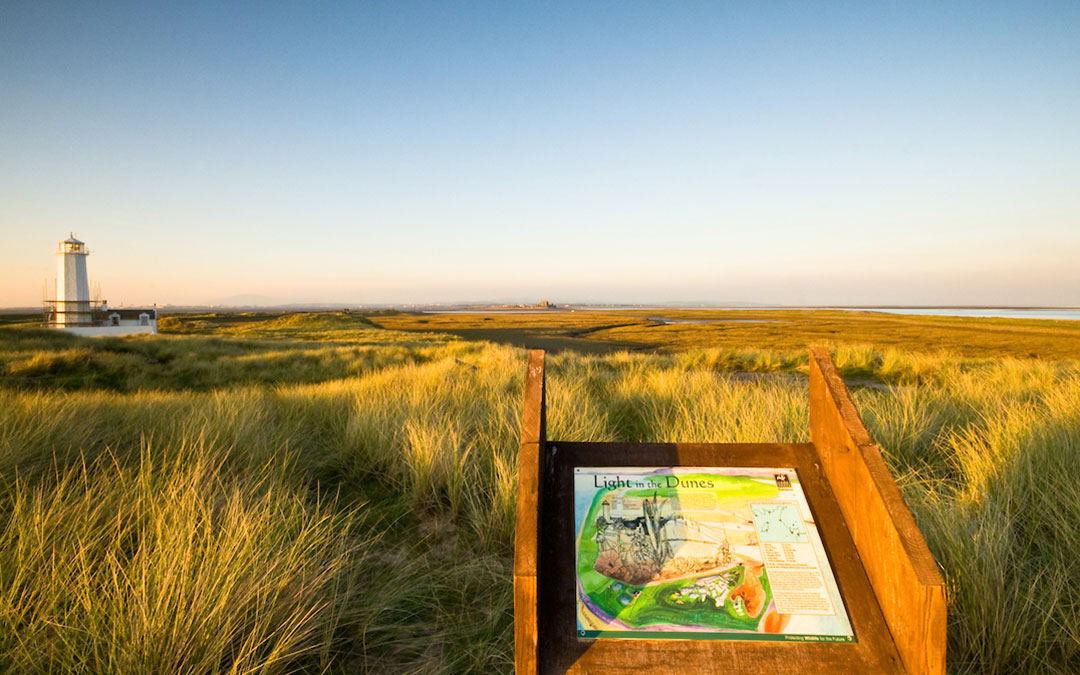