A weekend on the St Bees Heritage Coast 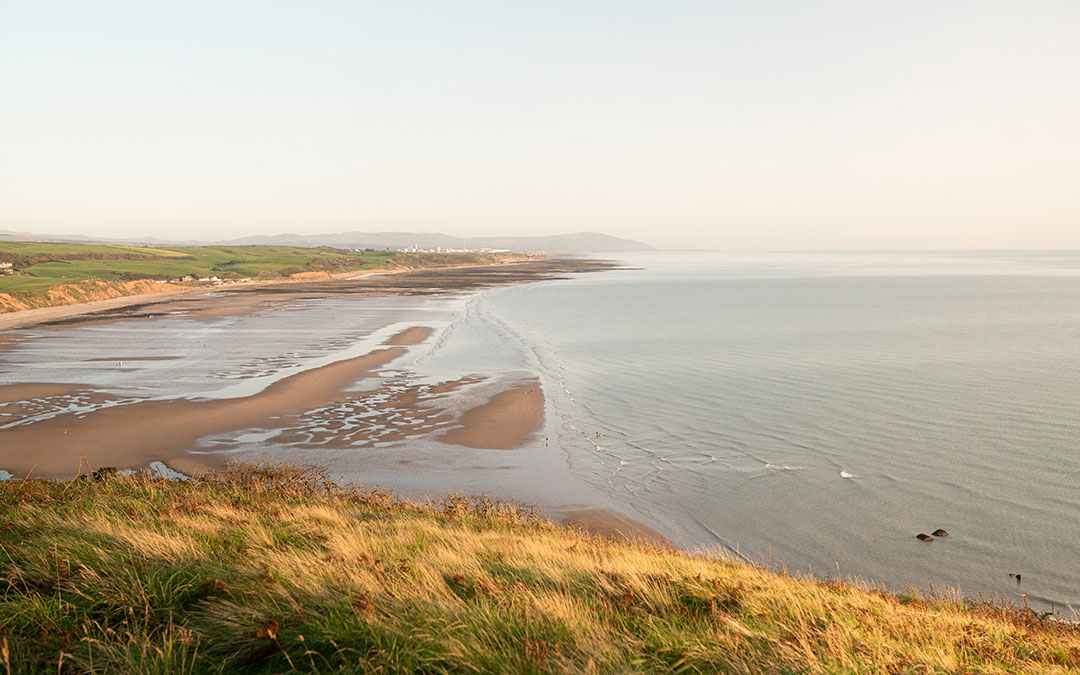 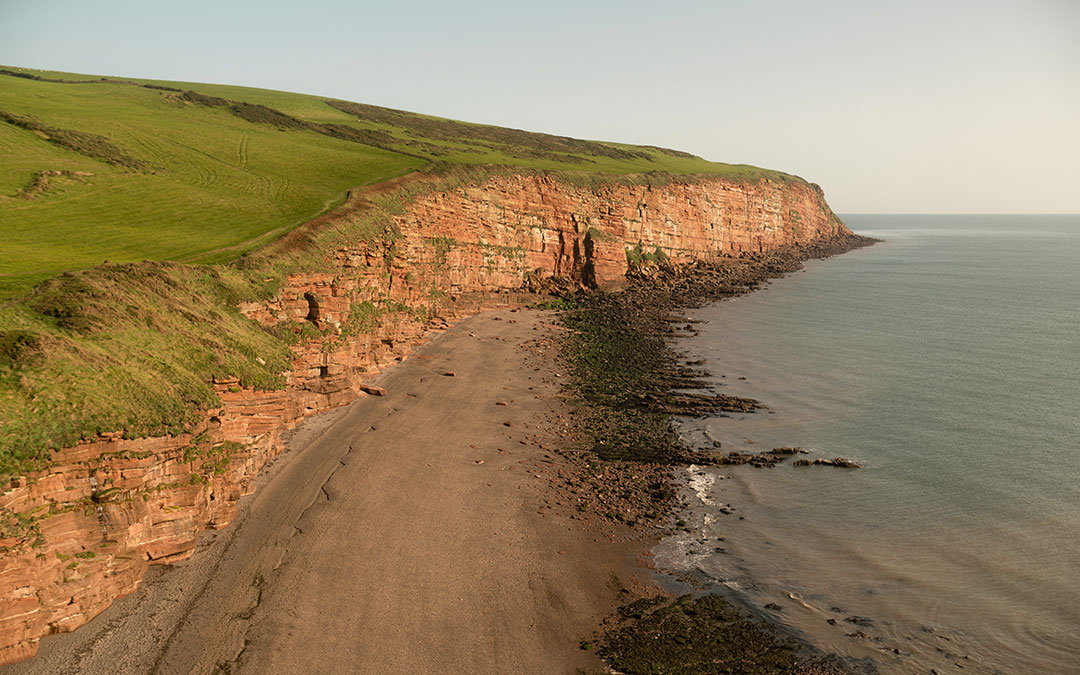 St Bees Head is located on the only stretch of Heritage Coast in England between the Scottish and Welsh borders. This Site of Special Scientific Interest is nestled between two long-distance footpaths, the Cumbria Coastal Way and Wainwright Coast to Coast. Both routes hug the clifftops, offering stunning views of both the Western Lake District fells and coast.

Curious to find out more but not sure where to begin? Here’s some inspiration to plan your itinerary:

Head to St Bees by road, rail or on foot and follow your nose to the beach. Once there, you’ll be greeted by dramatic cliffs stretching for four miles along the highest and most westerly point of Cumbria and the location of St Bees Lighthouse.

Made up of vast slabs of red sandstone laid down 240 million years ago, this is the source of St Bees’ sandstone – the red stone used for many buildings in Cumbria. Look out for the sparkling effect in the stone, caused by the mica inside…

At almost 100 metres high in places, the cliffs are topped with grassland and patches of wild gorse, which also provide havens for a wide variety of small birds.

Keep cameras and binoculars on standby for the Peregrine falcons that often hunt along the coast and can sometimes be seen flying overhead or perched on the cliff face. The area is a RSPB nature reserve and provides nesting sites for more than 5,000 pairs of seabirds. It’s also famously home to England’s only colony of Black Guillemots. Access to the reserve is via the path over the metal footbridge at the north end of the promenade, and there are observation stations on the North Head footpath.

From here follow the coastal path to St Bees Head and back. Tread carefully, as this is an unprotected cliff-top route.

Family Fun is the order of the day at St Bees, where the towering sandstone cliffs combined with a perfect sandy beach and a rich past add a bright splash of dashing red to a part of the country best known for being green.

This stretch forms part of England’s only Heritage Coast, with several pubs and eateries within walking distance of the beach.

In the evening, catch the train back to Maryport or spend the night in one of the pretty coastal villages along the way. 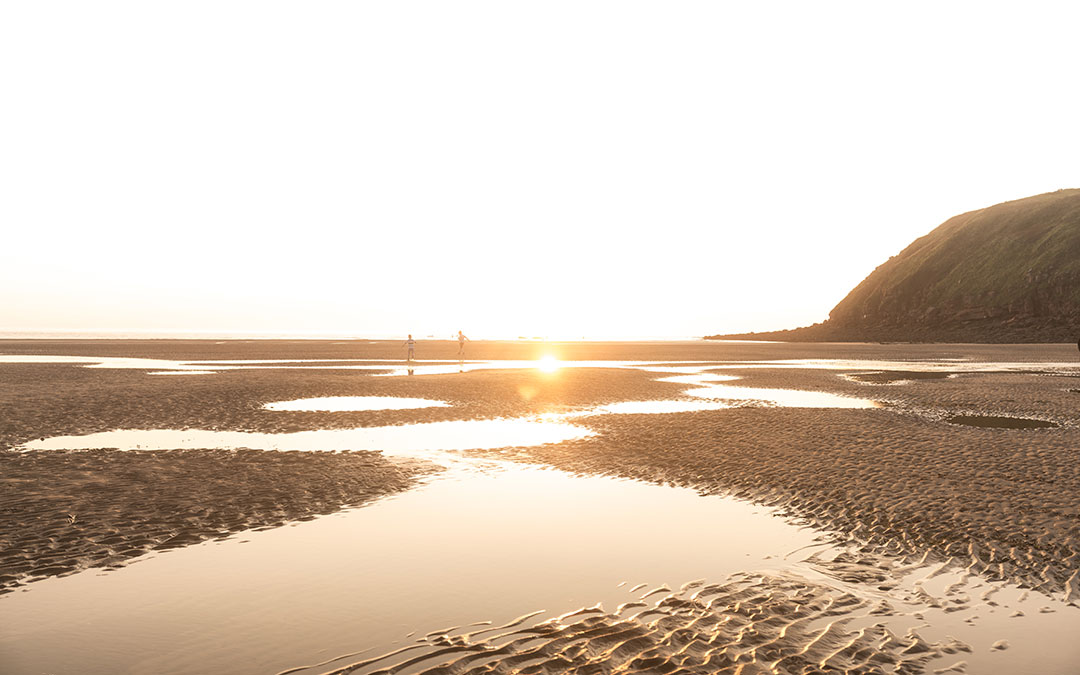 Enjoy a relaxing lie-in or head for Maryport harbour as dawn breaks. This bustling harbour town boasts Roman roots, with plenty of opportunities for visitors to discover its maritime past.

Here, you’ll also find the Maritime Museum and the Lake District Coast Aquarium, which is the home of more than 75 tanks containing marine life found around the Cumbrian and UK coastline.

Lunchtime is an opportunity to grab a bite at the Quayside Café at the Aquarium, before you walk off your lunch with a Roman themed ramble, starting at the Maritime Museum.

This three-mile walk climbs the sea brows, yielding spectacular views of the Solway Firth. The route meanders into the Solway Coasts Area of Outstanding Natural Beauty and takes in the Senhouse Roman Museum, which houses some of the most important archaeological finds in Europe and is sited near the Roman settlement of Alauna.

Meanwhile, 2020/2021 is a time of celebration for St Bees Priory, the iconic Parish Church of St Mary and St Bega, having been a centre for Christian worship for nearly nine hundred years.

Included in the celebration of 900 years, is the St Bees ‘Bog man’: The name given to the extremely well preserved body of a medieval man discovered on the grounds of St Bees Priory in 1981. His identity was subsequently confirmed as third Baron Anthony de Lucy, who is thought to have died while on crusade 1368.

The former Benedictine monastery-turned Mother Church for much of the Lake District Coast, St Bees Priory is described as ‘the spiritual home of a working Christian family’, with many events planned to mark this milestone year.